It was the best 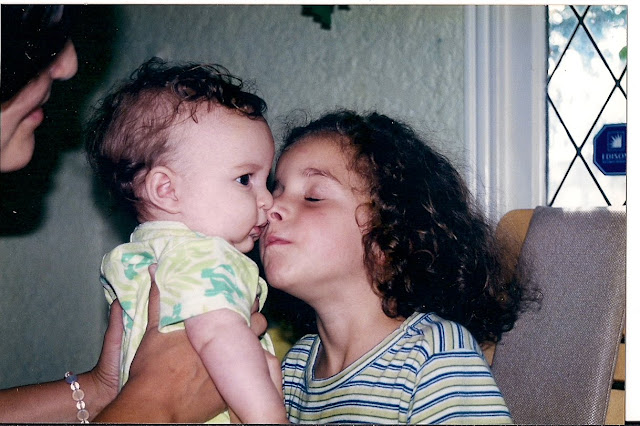 Oliver and Sophie, September 2001
This morning dawned difficult -- another change in routine or back to the most recent routine, since Sophie isn't going to go to the "old" new school and I now must go through the machinations of registering her at another school. She's home, again, with me at least for a short time. I love her to death, as you know, but:

I had planned on going to Oliver's school this morning for the weekly "sing," which I missed nearly every Friday morning last year and continue to get grief about. Oliver is nine and in fourth grade. What else can I say about him that I haven't said before? Here, particularly. Of the two boys, he has struggled a lot more with intense feelings regarding his sister and has expressed his frustration, his embarrassment and his sorrow in very articulate ways. This morning, I asked him whether it would bother him if I brought Sophie along to the Morning Sing, and he replied, No, you can bring her.


When we arrived at the school, the mini-concert had begun, and all the students were seated in a huge semi-circle on the asphalt playground. I slipped in behind the rows of parents and teachers standing behind the students, pushing Sophie's stroller out of the sun. I couldn't find Oliver, at first, in the crowd , but he soon found me and stood with us for a bit. When the concert was over, he lined up with his class, many of whom have never met Sophie and were either staring at her curiously or clearly uncomfortable. I braced myself and stole a look at Oliver's face, but when I caught his eye, he smiled and waved and when he walked by us, he stopped, leaned over Sophie and GAVE HER A KISS ON THE CHEEK!


I feel like I witnessed a rite of passage right before my eyes.
Posted by Elizabeth at 1:49 PM