How We Do It: Part X of a Series 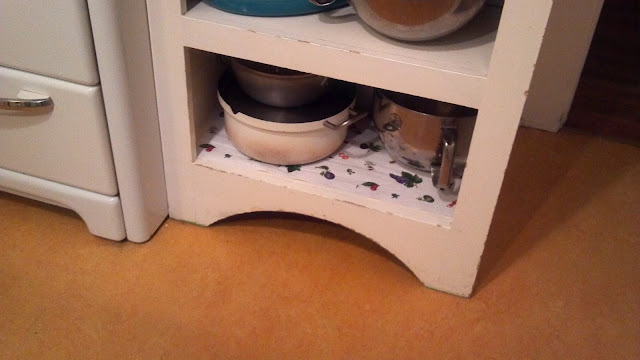 Sophie had a seizure as Oliver, she and I sat eating barbecue ribs and woody asparagus with bread-crumbs. It wasn't so much a big seizure, the kind that go on and on that necessitate serious action. She jerked, violently, and her sippee cup flew out of her hand, bounced on the floor and rolled, hard, under the half-moon of the cabinet. Oliver and I were discussing our lives, how difficult things can be. I had asked him how he copes, how he feels about living with the stress of Sophie and her seizures. I don't know. I just know that my friends couldn't ever do it. They'd cry all the time. I asked like who? and he named three or four of his closest buddies. He said, I mean they sit and have breakfast and dinner and don't have to deal with interruptions like seizures. They have a nice breakfast. I nodded, gave Sophie a bite and chewed my own food. Oliver got up and spit out a wad of asparagus into the garbage can, and when he sat down, I told him that while his life was indeed difficult, and I was sorry for that, there was always something going on in every family. I also told him that some people might have easier lives but some people might have more difficult ones. There's always someone who's got it worse, Oliver, I said. Like what? Oliver asked, and I said something about a girl like Sophie who possibly lived with her mother and brother in Iraq and had to endure bombs and all kind of mayhem in addition to the seizures. I cringed, though, reciting this, as it sounded like our family's version of Poor starving people in Africa might have killed for that woody piece of asparagus you just spit into the garbage can. Sophie had her seizure, then, exactly on cue. The cup flew under the half-moon of the cabinet and lodged on the back wall, a pool of juice and water just out of reach. Both Oliver and I went at it with a broom and then the broomstick. What about the last worst person? Oliver said, his voice muffled as he lay on his stomach on the floor with the broom, and I told him that I didn't know what he meant. What last person? I said. You know, he said, the last person who has it the worst, when there's no one else to have it worse. And he jabbed the cup a few times so that it rolled out of the moon and he picked it up and put it in front of Sophie, and then I told him that his question was one of the most amazing ones I'd ever heard but that I didn't have an answer.
Posted by Elizabeth at 9:00 AM

Email ThisBlogThis!Share to TwitterShare to FacebookShare to Pinterest
Labels: How We Do It, Sophie and Oliver