The best part of the day for the old gray mare 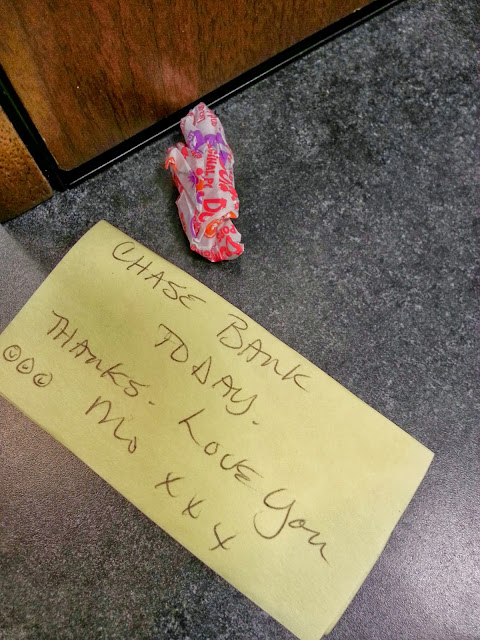 When a representative from Indoor Air Quality called me on the heels of Quality Home Improvements, I felt so frazzled that I said to the hapless telemarketer or operator or whoever the hell she was, Shut up and leave us alone! And I slammed down the phone and knocked her this far to Sunday. Is that the expression? Bless those people's hearts. I guess they're thankful to not be working for the government.

The best part of the day, though was the  little post-it sitting in front of the teller at the bank I visited, and there was something so cheerful and poignant about it that I had to take a photo. Even the crumpled up Dum Dum wrapper cheered me.

I told you that I'm a doddering fool.

Posted by Elizabeth at 6:10 PM