Back in the Saddle and Some Junk Dada 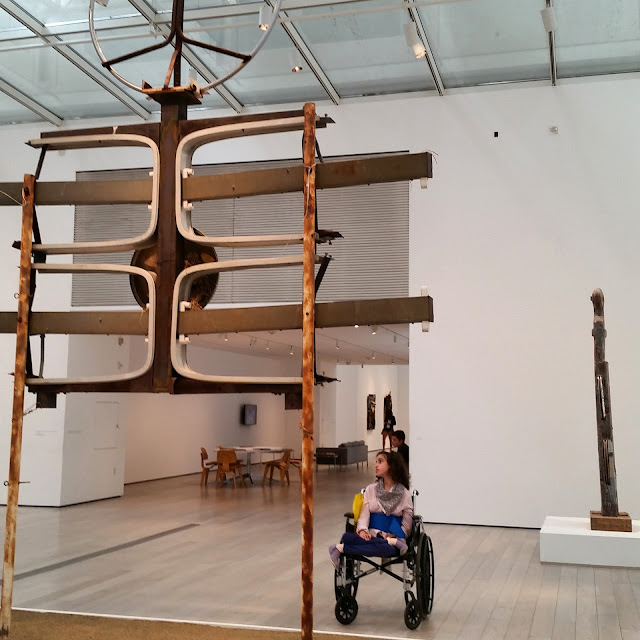 Oliver, Sophie and I went to LACMA today to see the Noah Purifoy exhibit, Junk Dada. Purifoy is a little known African American artist who was one of the founding directors of the Watts Towers Art Center in Los Angeles. After the 1965 Watts rebellion, he helped to create a body of sculpture with charred debris from the fires. His strategy was to use materials at hand and art as a tool for social change. He worked for 20 years after the rebellion, after which he relocated to the Mojave Desert and spent his final 15 years creating large-scale installations out there. I've never been to Joshua Tree to see them, but the three of us found this exhibit of some of his work engrossing and wild.

Here are a few more pictures: 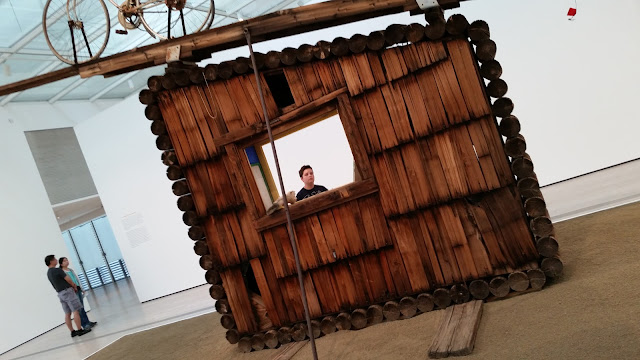 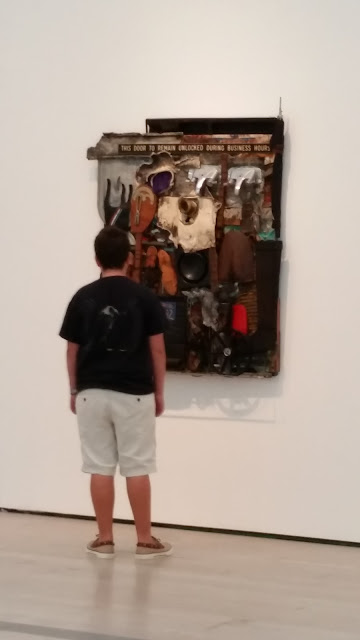 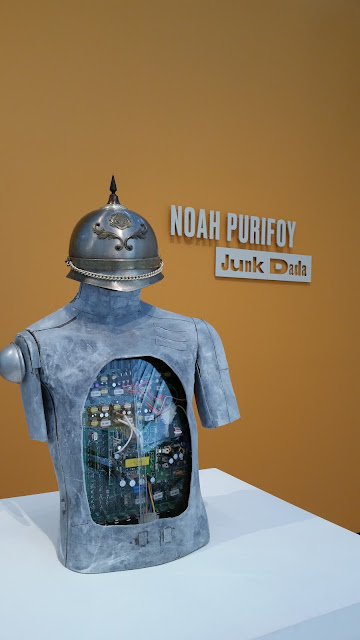 After the museum we ate some Thai food from one of the many food trucks that lie along Wilshire Blvd. It was hot out, and Sophie hasn't been doing too well the last couple of days. She is on the third week of the latest withdrawal of her benzo, so between the heat and that, I think I know why she had so many big seizures. I told a friend that today was the first day since Hedgebrook that I felt back in the saddle. It was inevitable. When we finished eating, Oliver pushed Sophie's wheelchair while I held her arm, and we all crossed Wilshire Blvd to get back to our car. Right in the middle of the intersection, Sophie began to seize, and I literally had to drag her out of the street and up onto the sidewalk. While seizing. A couple of people asked if they could help, but I said, That's ok, we've got it. And we did have it. Oliver balanced his leftover spicy ramen in a container and maneuvered the wheelchair behind Sophie so that I could position her in it, even as I balanced my Thai coffee and felt my sunglasses slipping off my sweaty nose. I had to hold her jerking legs and keep her from slipping out of the chair and into the dank water along the curb, and I'll admit that the three weeks away from It All didn't do anything to assuage my normal back in the saddle feelings of tempered despair. I never get used to it. At some point, as we made our way back across the street, Oliver said, Well that was fun, and he didn't mean it.

Later, I laughed with some of my comrades over a headline and article that appeared on US News and World Report's health page. Epilepsy Is No Longer a Mystery, it said, so at first I thought it was something from The Onion. It wasn't. Good Lord. I left a few words on each of the sites that had posted the article on Facebook, and let's just say I disagreed. I noted that despite the fact that we all get to see photos of Pluto's surface on our laptops, we are still drugging people with epilepsy up the wazoo or removing large chunks of their brains and filling them up with spinal fluid, and my daughter is seizing for the millionth time for no apparent reason in the middle of Wilshire Blvd.

Epilepsy is still a mystery, and from my position in this damn saddle, I still see a hell of a lot of desolation.
Posted by Elizabeth at 10:11 PM