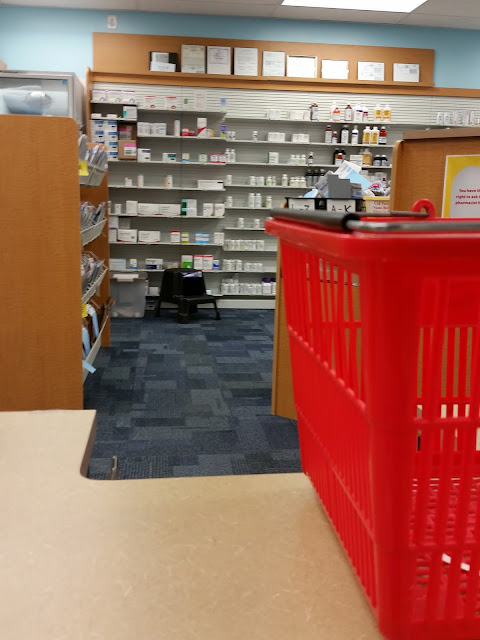 I posted the above photo, innocuous enough, and told my Instagram followers that if such things turned them on, they should come over here and read this blog post or rant or whatever you might call the twenty-first year of wrangling with drug companies, pharmacies and insurance companies. I spent a bit of time today on the horse, trying to get Sophie's prescription of Vimpat refilled. I write a lot about the benzos -- Onfi, in particular -- but you might not realize that Sophie is also on Vimpat and has been since it was approved for use by the Almighty FDA in the fall of 2008. Yessiree Bob, as they say, and anywho. We slapped that drug on, along with the Onfi, numbers twenty one and twenty-two of drugs both approved and not-approved by The Almighty FDA and then spent the next eight years fighting for coverage by private insurance companies and Medi-Cal despite the grim fact that it doesn't really work.

What does it mean when a drug given for seizure disorders doesn't really work?

It means the seizures don't stop.

Why, then, did you keep Sophie on that particular drug combination?

Because taking away drugs is a hideous process, and we had no other options. Oh, and because I used to listen to The Neurologist and do what he or she said with the exception of adding a third drug which I had earlier declared I would only do if Jesus Himself offered it to me. The Vimpat didn't appear to affect Sophie negatively, as far as we could tell (which isn't very far as she can't talk or express whether she's having any of the following:


Common side effects of Vimpat:

Infrequent side effects of Vimpat:

Sophie has two different Vimpat prescriptions because she gets a smaller amount in the morning, so we try to keep the number of pills she has to swallow to a minimum AND avoid cutting pills into quarters or halves or other infinitesimal amounts. Today, when I went to pick up the refills of BOTH prescriptions, I was told by The Earnest Pharmacist (sigh, they're always so earnest) that Vimpat is a controlled substance, and they couldn't release it to me until Monday. I told The Earnest Pharmacist (bless his corporate heart) that I knew that because my daughter had been taking the drug for seven years (even though it doesn't fucking work) and then The Earnest Pharmacist said he would check to see whether if he over-rode that stipulation the insurance company would cover it, and I, of the tiny, little mother mind™ suggested that he give me three pills to tide me over to Monday and The Earnest Pharmacist said, Oh, no, I can't possibly do that and right before I morphed into Terms of Endearment Epilepsy Drug-Style Shirley MacLaine and banged on the counter, The Other Earnest Pharmacist looked up from her computer or little desk where she was counting out some other poor soul's drug and said, Oh, I can take care of that! Then I forked over my $120 co-payment that Medi-Cal is supposed to pick up but has mysteriously neglected to do so without the six thousandth prior approval.

Then I grabbed a bottle of cheap vodka from the liquor aisle and a bag of Cheetos and ran from the store to add to my stash of Vimpat that I am hoarding for thrills at home in the brown basket right next to the bottles of Onfi and the Lone Ranger cookie jar.

* The reason for this post has just occurred to me. Sophie has been getting hives off and on for a number of weeks. I have no idea why and am now wondering if it's due to the Vimpat? I had thought a drug rash unlikely when I first saw them, because drug rashes usually show up right after you begin taking the drug, and it has been over seven years, but --- well --- sigh.
** See above.
Posted by Elizabeth at 9:16 PM