Basketball Agita and a Punch to the Gut 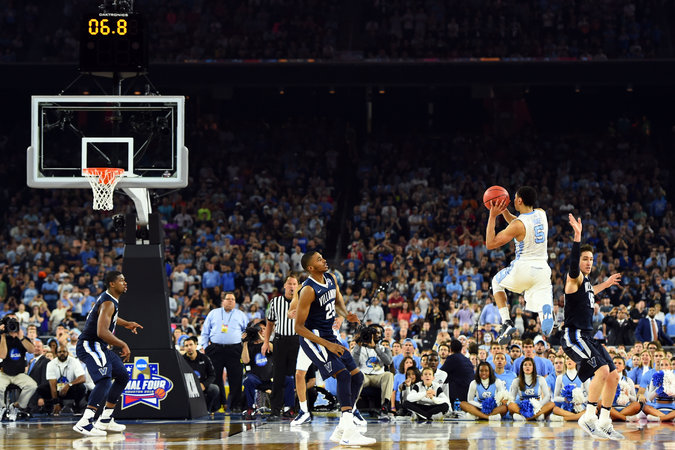 So ya'll know that I am the world's least able athlete, have an antipathy toward football that rivals one toward Drumpf and am otherwise bored out of my mind by sports with two exceptions: when my sons play anything, I'm into it and I am a Tar Heel basketball lover of the nth degree.

So, yeah. Last night. I have a friend who can't watch the Heels play anymore because he's afraid he'll have a heart attack. I felt some serious agita last night, lying on my bed with Henry sprawled next to me and the laptop open to the final NCAA championship game. Oliver is on the east coast with my parents, but when Marcus Paige shot that 3-pointer to tie the game, I called him and before I could scream in exultation, The Big O screamed back at me that VILLANOVA WON, MOM! VILLANOVA WON! And Henry and I looked back down on the little screen which evidently was a second or two behind the regular broadcast and watched Villanova make that final shot and wow. Just wow. Or should I say holy shit. And then I just expired, as did Henry.

On another note, I was up most of the night with Sophie. We're going through another weird period, and I'm just barely keeping it together. So many of you help me to keep it together, and I am continually reminded of the grace that lives in this world. I'm frustrated and pained at what's going on -- not just in my literal world but in the world at large. Being able to channel that frustration and anguish into writing keeps me quite literally alive, and my post over at marijuana.com today was like a reverse sucker punch.  Please visit it, give it some love and share it if you feel like it. Here's the link:

The Literal Beating Heart
Posted by Elizabeth at 2:00 PM