I just don't get it 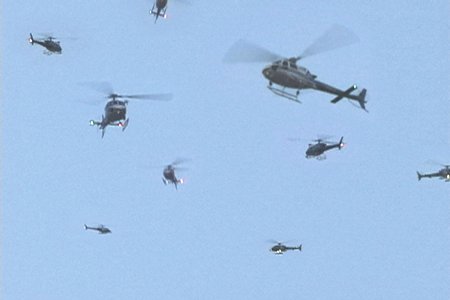 I opened the newspaper last night -- the local section of the Los Angeles Times -- and read this headline:


Man who assaulted 3 disabled women gets 8 years
I'd heard about this horrific case more than a month ago and wondered then why it hadn't gotten very much attention. The convicted man confessed to sexually assaulting three "mentally handicapped" women at an El Monte, California day care center where he worked. He confessed to raping three women who were severely developmentally disabled, one of whom wore diapers. The eight-year sentence was "the product of a controversial plea bargain." The mother of the defendant said that she had gone to authorities the same day her daughter reported the assault to her, but the rapist was not arrested for almost a year -- a period during which he assaulted others. As part of his sentence, the rapist will have to register as a sex offender upon his release.
What the hell?
I generally don't talk about such things on this blog -- there are many great blogs that I would call "activist" blogs -- those that admirably expound and explain and argue about the nuances of disability and disability rights. There's also the whole emotional aspect of things like this -- those of us who hand our disabled and non-verbal daughters and sons over to aides and teachers and therapists, etc. every day at school do so with what I imagine is about the biggest leap of faith a parent can muster. If we didn't take this leap and let our imaginations run wild, I think we'd keep our children locked up in a room at home. However, most of us have been stymied at least once, if not continually, by callous school officials who condescend to our fears and make lame assertions of how they know best. Here, in Los Angeles, at our local school, I've spent weeks arguing with Sophie's school about a new policy that would rotate the aides riding the bus with Sophie -- a "budget cut" that basically takes away the aide who I know and who knows her and replaces her with virtual strangers. When I objected, the school official basically laughed off my concerns, told me that the person would be "trained" by a school nurse (the same school nurse who works there for three days a week and who I had to educate about seizures when we enrolled) and that I would have "to trust the system." I have many friends and acquaintances that face equal frustration when they attempt to advocate for their children in many different venues, including inclusion and even basic medical care.
You know that expression "helicopter mom" and the whole parenting debate that circles it? Just like the tiger mom controversy, I tend to dismiss these cultural debates as a luxury for the elite, those who parent disabled kids or not.  I might contort my face into a mask of pleasant accessibility when even my friends bring it up, but my eyes are rolling crazily in my thoughts. But in reading about a man who gets only eight years in jail for assaulting three disabled young women, I'm going out on a limb and saying that those of us in the trenches have to damn well know how to fly a helicopter, too.
Posted by Elizabeth at 7:00 AM