A Series of Irritating Events from the First World 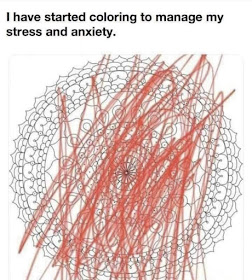 So far, during the last three days, while they are hardly calamitous events (but, rather, what we might call "first-world" problems), these things have happened:

Oh, here's something amusing. I received an inquiry today from an online job site that I've been using in an attempt to get freelance writing gigs. The notice stated that I was an excellent match for the following position:

We produce gay romance novels based in contemporary settings and in supernatural/paranormal worlds that encompass shifters, such as werewolves, vampires, dragons, and many more mythical creatures. Our characters fight through relationship woes and celebrate swells of passion in situations ranging from love triangles to forbidden desire, tribal rivalries, mpreg, and ancient or secret worlds clashing with the new. Adventure, mystery, crime, comedy, and drama are no strangers to our romance stories.We’re looking for a talented M/M (gay) romance writer, that from the first sentence to the last, can keep readers engaged and craving more!MUST: ☻ Be a native English-speaking writer with excellent comprehension and execution of English grammar.☻ Be dedicated to writing character-driven books focusing on the development of romantic attraction between the main characters. You have the creative freedom to flesh out the details within our guidelines.☻ Be an enthusiastic and thorough researcher.☻ Lastly, be original. We run books through PlagScan and Copyscape.


What do you think? Should I apply? I am nothing if not an enthusiastic and thorough researcher.