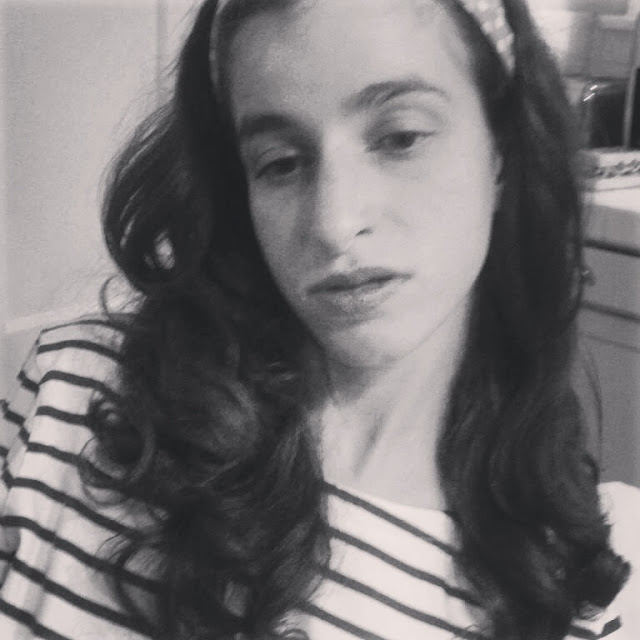 After driving through the carwash with a mesmerized Sophie, our outing of late that relieves my guilt at not providing enough stimulation, I pulled into a local small restaurant to pick up some food for the workers who are turning my yard into a drought-tolerant paradise. I intended to leave Sophie in the car while I ordered at the outside counter, within eye-shot, in a handicapped space. The spot was filled, though, with a large, red SUV so I pulled into another spot around the corner and took Sophie out. We made our way awkwardly up to the counter (Sophie isn't walking very well these days which I'm attributing to drug withdrawals, but who the hell knows?), and because the handicapped spot is right next to the counter, I saw that there was no indication a handicapped person was in fact using it. In other words, there was no license plate or placard hanging from the rear-view mirror. I waited in a long line, keeping Sophie from sitting on the pavement, one eye on the spot, in hopes that I might call out the person who was using it without a placard. I could see inside the small restaurant, how every table was full but that there were no visible indications of disability. This doesn't mean anything. When I finally got to the window to order, I told the cashier that someone was parked in the handicapped spot without a placard, that I had a handicapped daughter and had to park a distance away, that I hoped he could find the person who had parked there and perhaps let them know. He smiled incomprehensibly at me and told me that he'd let his manager know. I ordered. He did not make any attempt to let his manager know and continued to take orders.

I girded my loins.

Excuse me, I asked a couple dipping curly fries into a white cup of ketchup, is that your red Honda in the handicapped spot?

I asked another couple with two small children the same thing.

I asked a family identically clothed in USC red and gold tee-shirts as well. I tried not to let their choice of college sport regalia affect me, pulled my loincloth a bit tighter.

Excuse me, is that your red Honda in the handicapped spot?

The man rose up and said, Yes, that's mine, and he turned to his wife, and she said, Oh! We forgot to put our placard up!

And I said, Oh, thank you because I was going to be so upset if it was just someone using the spot!

And she said, I always forget! I'm physically handicapped, but sometimes I'm retarded, too!