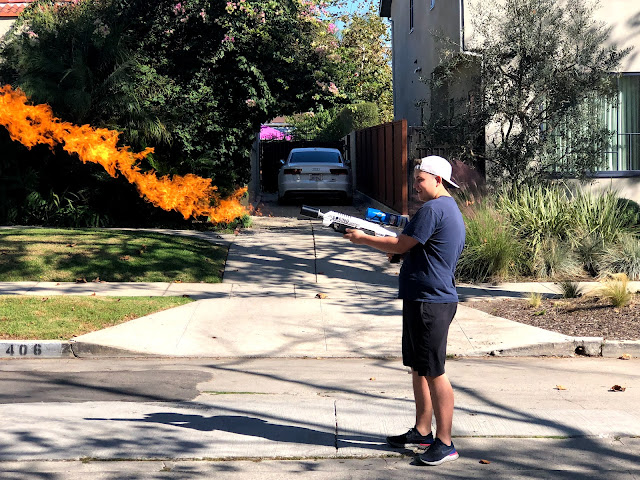 I haven't written in this space in more than a week, and the last thing I wrote was just fluff, just superficial bullshit, just aggravating minor bad luck goofy stuff that's a mask, all resolved now. I'm walking around doing laundry, taking care of Sophie, exchanging texts with my favorite sacrilegious caregiver friend, feeling solidarity and shedding tears with and for another caregiver friend, Christy Shake, whose most recent post might have ripped my heart out of my body but instead provoked its beating a little harder a little faster. We are ALIVE. I love you, Christy. Who is Calvin and who is Sophie?Who are we without these cares? Must we define ourselves by care? Who are we at all?

Shouldn't he have shown up by now and cleared the tables in Washington, D.C., kicked them over and thrown those who claim to believe in him out on their privileged, hypocritical, stupid, vision-less asses? Shouldn't that POSPOTUS be punished by now, disgraced and bound in a public stockade?  Why is that man from Georgia so hell-bent on power that he's denying suffrage to tens of thousands of people? Is he afraid of the black woman that he is running against? Why are Georgians not ashamed? Are they punch (or should I say beer) drunk on power? I am ashamed that I pass countless homeless persons on every single corner of this great city. I pass them by. Why have the Koch brothers spent so much money on propaganda against climate change? What are these sacrosanct values that conservative peoples espouse? Why do so many people bear arms? The man in the park in Sedona last week, pushing his mother in a wheelchair to an overlook, the rushing water below, the sky blue above, a large gun strapped to his thigh. Did he feel safer? Freer? He made me sick. Why exactly is the POSPOTUS administration now going to "erase" transgendered people? Define humanity by their genitals at birth? Who will be next?

Will we have to fight? Parents against their grown children. Cousins estranged. Friendships severed. And anger, so much anger, and it won't be squelched.

No stranger to the catastrophizing that comes with great stress (I step over a curb and imagine my body flung by passing traffic, the descent into the red rock canyon surely must be swift), I am yet dazed, struck dumb, bewildered.


“I have been beaten, my skull fractured, and arrested more than forty times so that each and every person has the right to register and vote. Friends of mine gave their lives. Do your part. Get out there and vote like you’ve never voted before.”
—Congressman John Lewis
Posted by Elizabeth at 7:37 PM