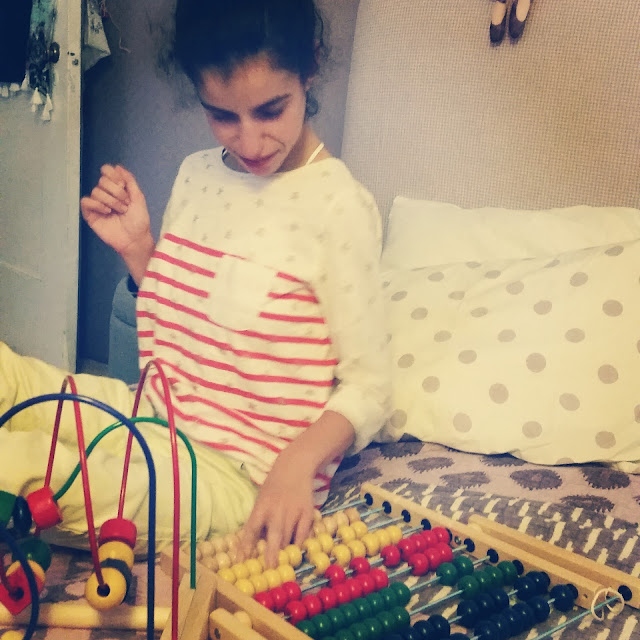 Who cares whether the new toys from Ikea are meant for young children? I felt only a twinge of sadness today when I roamed the aisles and wondered whether Sophie would still like these things. She had something similar years ago, but I had to give them away when her seizures got so bad. I was always afraid that she'd have an atonic drop and slam down into them or otherwise hurt herself. Over a period of about ten or twelve years, Sophie cut her head open at least five times, needing stitches, knocked out a couple of teeth, one permanent, broke a tibia, cracked a wrist, cracked her nose and had countless bruises, black eyes and contusions. It's the little things, the small improvements, that mean the world, and these aren't the things that generally impress the neurologists. That Sophie's seizures have been reduced to where she can safely play with some toys is probably proportionate to our successful CBD story being reduced to anecdote, at least with the neurology community and the ridiculous marijuana naysayers. Hell, the small improvements might not impress those of you who are terrified of disability, who can't imagine either being so or caring for someone and still having a fulfilling life. We live in a culture that often doesn't prize difference, particularly the cognitive kind. How many times have you heard or thought At least I don't need a wheelchair! or I could never handle a child with a disability. I realize that there's a learning curve, and I'm grateful to be at the end of it.  I probably would have wanted to kill myself twenty years ago -- well, maybe that's a bit harsh and insensitive -- if I knew I'd be picking out baby toys for my young adult daughter. I'm not sure I would have been able to keep on keeping on, which is probably a testament for all of us, no matter our situations, that living in the present is all we can do. If you pile on some gratitude as you're basking in it, all the better. And if your present isn't so great, be grateful that it's just for now and will pass.


Update on Vimpat Withdrawal: So far so good, although Sophie seems really tired and even depressed. She has a lot of weakness in her right leg and doesn't want to walk on it very much. She isn't having seizures, though, which I will attribute to the emergency THC and CBD. Otherwise, I'd have to blame the Vimpat and then I might really off myself as we kept her on that damn drug for more than seven years.
Posted by Elizabeth at 7:48 PM