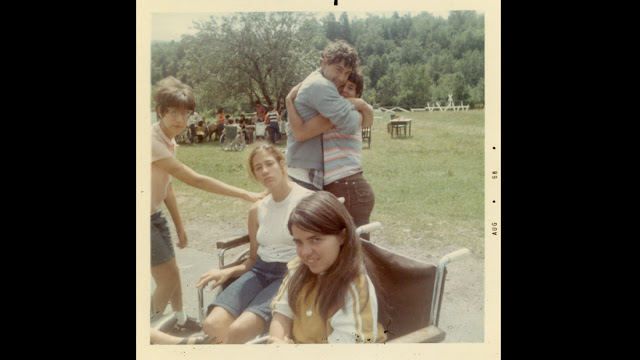 Ya'll! There's shit, and then there's holy shit! The shit-show that is our country is digging our grave, planting rue, but there's this Obama-financed film to look forward to, and I've watched the trailer about five million times and have felt such a surge of energy, I don't know what to do with myself.

Here's to the raucous ones, to the institutionalized, to the shy ones, to the angry and the disenfranchised, to the trailblazers, to our children and those that came before them. Oh, yeah -- and to the music. 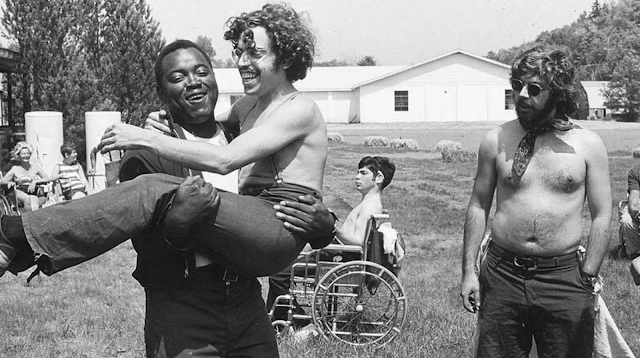 What I've Been Doing


I bet you're wondering what I've been doing since I last posted when the year was young -- only two days -- and so filled with promise and resolution and new beginnings. Well, we're eighteen days in, Reader, and so far my favorite thing about the new year is writing 2020 instead of 2019. It looks better, it sounds better, and I'm hoping it gets better.

So, what have I been doing?

* My God-damn book, which I have worked on only in my brain with not a thing on paper to show for it for over a year. 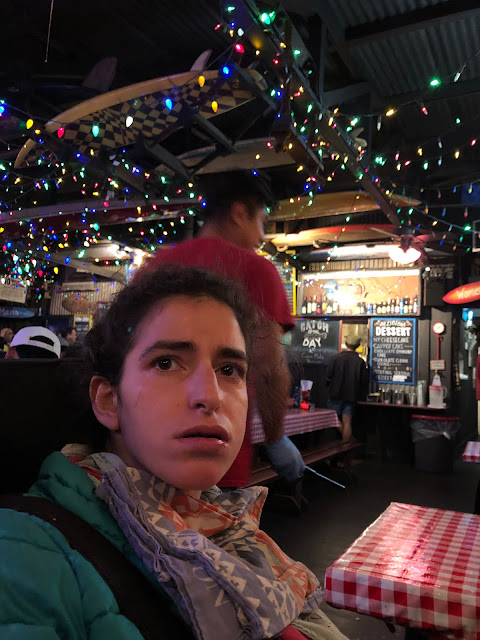 On New Year's Day, Carl (aka The Bird Photographer) and I took Sophie to Solstice Canyon in Malibu because we read that it had an accessible path. It did have an accessible path, and the two of us took turns pushing Sophie up the steep grades, stopping every now and then to admire the yellow leaves, the bird calls and the grass-covered hills in the distance. I would have liked a view, but you had to do some serious, non-accessible climbing to see the Pacific, so Carl and I planned to come back another day. Afterward, we stopped at a fish shack restaurant on the PCH (that's Pacific Coast Highway for you non-Californians) and ate fried shrimp, grilled swordfish, grilled catfish, french fries, Cajun rice, coleslaw and salad. The restaurant was more "accessible" than accessible, so when we left, Carl had to make a path through the hordes of people waiting in line. He was helped by one guy who yelled out, "Watch your backs, folks! Coming through!" It must be the New Year kind of thing and all people filled with the resolutionary spirit because all the people parted, smiled, said encouraging things like No problem! How ya doing! Happy New Year! as we made our way through.

But then there's now.

Who would have thought that on the first day of the year 2020 I would be divorced, walking a path with my daughter and a man with whom I've fallen deeply in love? Sophie's father -- my ex -- is devoted to Sophie, as she is to him, and I am grateful for that. I will say bluntly, though, that I had absolutely no expectation of finding happiness with anyone else. I had the usual post-fifty fears, both superficial and complex, but, frankly, the real concern was over who in their right mind would take up with someone whose life is a three-ring circus? There is baggage and then there's -- well -- baggage. I'm not saying Sophie is baggage, but the world of disability is not for the faint of heart. Sophie's made me who I am. Carl has a massive heart, and I am filled to bursting with gratitude. 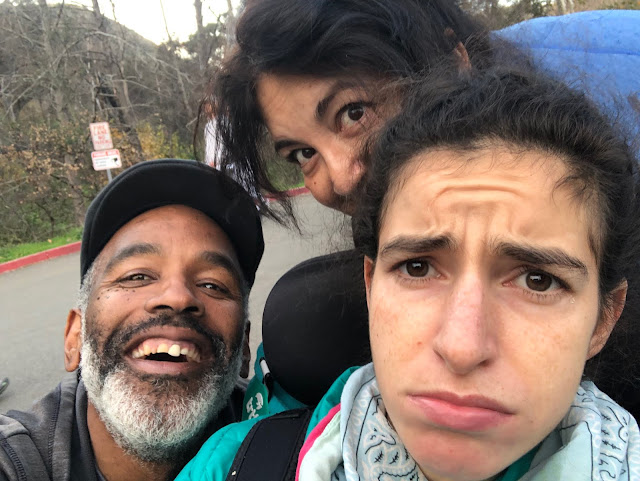