The Samsara of Healthcare 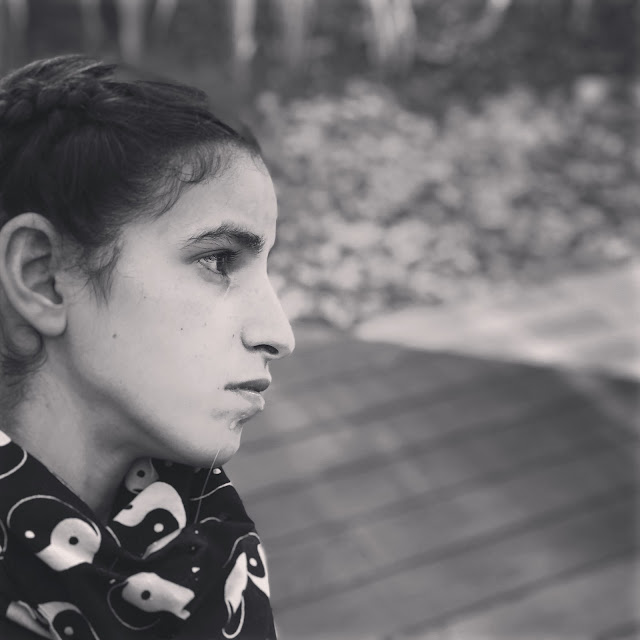 I was scanning through some old posts from a few years ago and noticed one that is particularly relevant -- STILL -- to today. It has to do with government and entitlements and the ongoing threat we face from Republican economic policies and a culture that is all too willing to sacrifice the vulnerable while exalting the already fortunate.

I don't know what to do about this and feel not so much defeated as overwhelmed with the ongoingness of it. I'm currently working with a health insurance broker trying to figure out our 2018 health insurance options as our current plan raised our premium by 39%, making it unaffordable. The capitalists love to talk about "consumers" going "shopping" for health insurance, and "competitive rates," etc. -- all that market talk, reducing us to numbers. I can tell you that scrolling through plan benefits, trying to figure out what coverage would be for Sophie's various needs, reduced me to tears, and I'm no wimp.

I maintain that access to affordable healthcare is a right. I maintain that we shouldn't be looked on as consumers when we access healthcare. I maintain that shopping for healthcare insurance is ridiculous, that despite my college education, formidable intelligence and decades of experience navigating all the systems of care, I am literally overwhelmed by it.

What, really, do I know with my tiny little mother mind™?

If there's anything to substantiate the Buddhist notion of samsara, I guess it would be this.

Here's the post from a few years back, and the article that I referenced in the first paragraph could just as easily be replaced by any number of articles and notices in today's newspapers regarding the threats to Medicare, IHSS and SSI under the current Republican tax reform proposals: