Breaking News: Mixing it Up 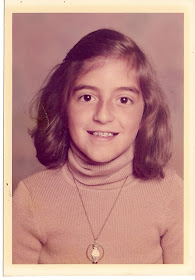 No, it's not another miracle. Henry did not actually make the varsity baseball team, hence the confusion; Oliver did not get picked up by private jet and taken to Switzerland to join his father; Sophie did not stop seizing entirely and start quoting my favorite poems, and I did not get a request from Javier Bardem to have a child with him as he decided Penelope Cruz is too thin.

The Captain and Tennille are getting divorced.

In lieu of becoming a Bourgeois Dirge Blogger, I thought I'd write a series of stupid posts and chronicle things like Lifetime television movies (hence, the Gabby Gifford story) or My Celebrity Memories.

My memory of the Captain and Tennille is, of course, the same as yours if you're of a certain age. The photo above is my fifth grade school picture -- or maybe sixth grade -- circa 1975 or 1976. I have vivid and exciting memories of lying on my side in bed on a Sunday morning, listening to Kasey Kasim's Top 40, thrilled when Love Will Keep Us Together came on as the number one song, week after week. I can see their album in my mind's eye at the front of the stack of albums resting on my green shag carpeting, just below my stereo with the smoky gray lid. I remember like it was yesterday when a group of us on the neighborhood subdivision swim team, went to Six Flags Over Georgia and listened to them the whole way there and back. That was the same trip that we were disciplined by park officials after throwing ice and soda over the sky buckets onto the heads of people below (I had no hand in this other than being in the group that did such outlandish things, which became a sort of pattern for me being the good girl with the wild friends and boyfriends).

I might have gotten chill bumps when I heard Muskrat Love, listened to Do That To Me One More Time while chewing on a Sugar Daddy and reading a Harlequin Romance novel. Have I ever told you that despite being quite well-read, I went through a period in my tweens and early teens when I was a member of a Harlequin Romance Novel club? Yes, sirreee Bob.

I told you the Dirge Blog was being replaced by a half-assed TMZ replicant that uses expressions like Yes, sirree Bob and Anyhoo.

Back to the Captain and Toni. Yes, they're getting divorced, evidently after 39 years of marriage. The Captain is 71 years old and reportedly didn't see it coming. Good lord, Daryl (has the name Daryl come back, yet?)! I hope they both find happiness apart. I also learned that the couple were discovered by Neil Diamond, no less, in Burbank and that Daryl and I share the same birthday! Just the day, obviously.

I believe my life has come full circle. When I lay on my back with my big head-phones, my Hollie Hobbie necklace dangling down my turtleneck, listening to the Captain and his big-toothed lady, Burbank was like another planet, and now I live just down the road!