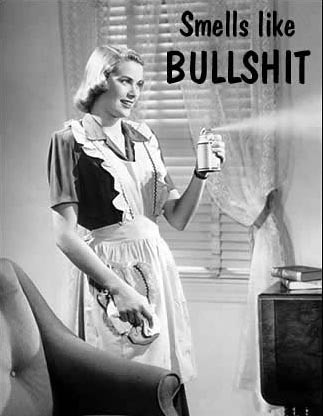 Unless you've been living under a rock (and I've said it before, I understand), you've seen the various articles coming out at least once a day regarding radical price increases of popular pharmaceuticals. Most recently, there's the Epi-Pen story with its handsomely paid CEO, daughter of a Democratic congressman, and today's selection was about pharmaceuticals that treat inflammatory conditions, including arthritis. You can read about that right here and then come back to hear what the tiny little mother™ mind thinks about it all.

Are you back? I was going to make this a Facebook post but then got carried away enough to realize that my blog was a perfect place to rant a bit, especially because I so rarely do that anymore. That was a joke. I'm thinking aloud here, typing so fast my fingers are a blur (I scored very very high on finger dexterity when I took a comprehensive test back in the last millennium a skill that comes in handy for a number of things that I won't elaborate upon here), but it will help me to get it out of my system so that I can go back to my day with a modicum of sanity. You know, finish the housework, navigate the systems of care for Sophie, coax Henry along the college application process and remain level-headed while shopping at Target for shorts with Oliver.


This is mainly what I want to say about the continued clusterf**k that is Big Fantastic Pharma and Big Grandiose Private Health Insuranceland or The Big Big Medical Industrial Government Complex (I sound a little like Drumpf now, don't I?) as far as it relates to Medical Marijuana World. When this rant's finished, I'm going to fix it ALL. It's going to be GREAT.

Along with the EpiPen and arthritis drugs, epilepsy drugs have long fluctuated wildly in price -- a single dose of ACTH, the steroid routinely given to those with infantile spasms cost $154 when we gave it to Sophie back in the late 1990s. I believe it's upward of $16, 000 now, and that's not because of inflation. That's because of the mumbo-jumbo Big Pharma puts out -- you know -- the high cost of research, rising costs, blah, blah, blah, etc. Diastat, or rectal valium, an emergency medication that is now in generic form, has cost me as much as $1200 A DOSE and as little as $7.50. Long-time readers of a moon worn as if it had been a shell might remember my Drug Mule series when I chronicled what happened to the price of clobazam and how I gamed the system. I'll refresh you:

1. Called Frisium, clobazam was not FDA-approved when we first started using it. I paid out of pocket for it for many years, purchasing from a London pharmacy through a NYC pharmacy. Cost: $150 for a month supply. So, manageable.

2. Approved by the FDA and renamed Onfi, it was not covered under my Insurance Company's formulary and was priced at $1800 for a one month supply, 1/2 of which I was subject to, so that's $900.

3.  I was no longer able to get Frisium but located a pharmacy in Canada that sold clobazam (remember Onfi, Frisium and clobazam are all the same drug and close cousins to Klonopin, one of the most heavily prescribed drugs in the US of Opiate Addicts) for $60. It became illegal to ship the drug across the Border, so two friends of mine in the Movie Industry, on location, picked it up and ferried it back to me. This was legal -- well, sort of -- but not sustainable, and in lieu of flying up to Vancouver every three months (I contemplated doing this and making a little vacay out of it), I turned next to:

4. A non-profit organization on the east coast that helps people with certain conditions get drugs for free or at a reduced price. I should add here that the Magnanimous Manufacturer of Onfi offered to give me a coupon for 12 months that would have taken $50 off the $900 co-pay (similar to the Epi-Pen CEO's magnanimity in lieu of reducing her $5 trillion salary). The non-profit PAID FOR THE ENTIRE CO-PAY which was like manna from heaven. I just had to swallow the small amount of vomit in the back of my throat when I found out that the non-profit was largely underwritten by the Magnanimous Manufacturer of Onfi and GOT A HUGE TAX WRITE-OFF for their charity to folks like us.

Are you following this because those four points were really just illustrative and an aside. Here's what I want to say today, in reference to that New York Times article linked above:


Guess what else is a potent anti-inflammatory?

I'll give you a hint: The DEA recently confirmed its status as a Schedule 1 drug, along with heroin and cocaine, meaning it has no medicinal value and can't be studied except under the most draconian of regulations.

Are you following me?

I'm no conspiracy theorist, but I suspect Big Pharma is getting their ducks (or dicks) in a row as they scramble to research and develop their own cannabis concoctions. The fact that we can grow it ourselves and make our own medicine means no money for The Big Guns, so we must all be subject to the scare tactics of Big Government and Big Private Entities. Free enterprise, baby. Capitalism, baby. Let the Market Do Its Thing, baby.

P.S.
While we're smelling the bullshit, if you have arthritis and live in a state where you can get some, try cannabis. It's a potent anti-inflammatory. I am not a doctor, though, and have only a tiny little mother mind™so please consult yours and don't sue me.