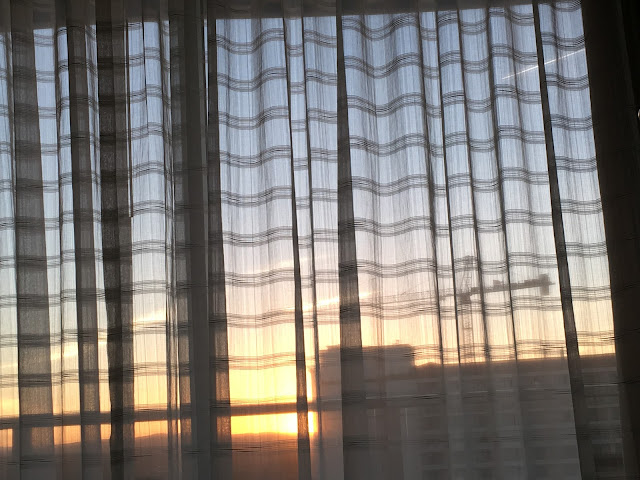 another way to see: it's sort of like the dollar bill has been turned inside out, and now people who couldn't see it before can see it plainly: America is built on the slaughter of Native Americans, the theft of land, the bodies of African Americans as well as the modern slave labor of brown people, and the reproductive use-value of women as objects. it always has been, but we developed sly cover stories. our present tense isn't "new," but it is very stark and loud and the cover story is gone. capitalism is as bare as it's ever going to be. take a good look. decide.


I slept for so long.

A long time ago I went on a trip to Mississippi, a few trips to Mississippi, where my grandmother was raised in the Delta. I won't tell you where, but I think there were dark things happening there, always. I think a sign of privilege, of how I slept. My eyelids fluttered once on a trip there when some children whipped a dog in the grass, under the trees and away from the house. They weren't my first cousins but they were related in some way. A girl with scabby knees and straw-colored hair, pale blue eyes, a switch in her hand. The dog cowered. I held my little sister's hand. My eyelids fluttered when someone there called me a little nigger, my summer body nut brown.  Other. There were guns and awards for livestock, a family reunion, a distant cousin sitting in a low lawn chair, plastic-striped, watching a talent show. Someone told a joke about him being in the clan with a K and everyone laughed and my eyes flew open. Is he in the Klan? I think I asked my mother, but I think a sign of privilege. Her lips drawn straight. My back straighter.

How sticky it was to mow the lawn as a young girl in Georgia without a bag, the sharp points of cut grass on sweaty skin. The heat. The stain. I grew to hate the south. You should never hate anyone, a boy told me once, except the Devil. I think it was his grandmother who said that. I think a sign of privilege. In church the priest droned and I conjured saints, tiny black dots dancing in front of my fluttering eyes, right before I closed them and fainted.

I was always uninterested in American history. Unpatriotic.

I took two years of Chinese language in college so that I might learn to read the ancient poetry in the original. Bless my heart. I studied Buddhism right about then. And all the Russians. Being a consumer of books is still a consumer. You aren't a Buddhist, are you? I think my mother asked. I think a sign of privilege.  So many books. The Grand Inquisitor. We thought you were a communist.

The privilege of eyes fluttering open and then closed.

Sophie woke me up. After the shot, her mouth an O, a cry, a breath we breathed together. Her vulnerability. We define ourselves by words, and she had none, would never have any. Such hard work to shape them, words,  for her for others, to make a person. Dignity. Her, cloistered.  Disability. The disabled. Dis Abled.

Where I rambled and what was imposed. Equanimity.

Being awake. Being constantly woke.

Posted by Elizabeth at 4:59 PM