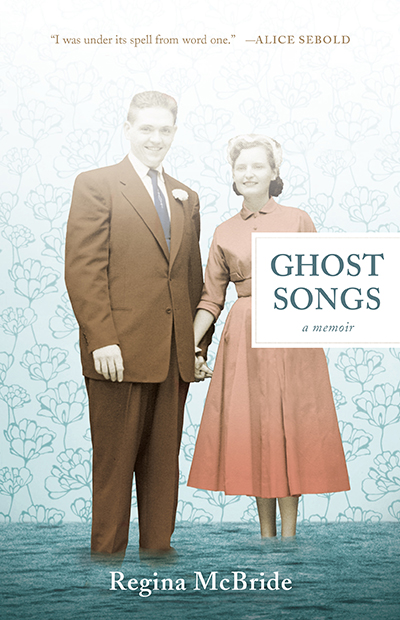 "Tracy, wake up!" I whisper across the space between our beds.

I am ten and she is eight.

It's the middle of the night and I've had a bad dream. I have to go to the bathroom but I'm afraid to go alone.

She sits up without protest and gets out of bed, then walks shoulder to shoulder with me in the dark hall, holding my hand. In the bathroom I switch on the light, and covering her eyes with her hands, she sits on the edge of the tub and waits for me.


The above passage comes at the end of the memoir, and like much of the rest of the memoir, it moved me to tears with its simplicity and sweetness and fierce love.

More than twenty years ago, well before Sophie and My Next Life, I took a writing workshop at the New York City YWCA on the Upper West Side. The teacher was Regina McBride, and what I remember from the class was how inspiring she was -- how we were each encouraged to tap into our deepest selves to create story. It seems almost dreamlike now because the writing I did for Regina was actually the last writing I would do for more than ten years. I was pregnant with Sophie then, and three months after giving birth -- well -- you know the rest of the story.

When I randomly moved into an apartment building across the street from her family a couple of years later, we became friends and visited one another often. She was working on a novel then, and I remember being envious of her discipline, of how she appeared to make space for her art even under the duress of new motherhood.  When I left New York in 1997, we kept in touch. I read, avidly, her novels -- The Nature of Water and Air, The Marriage Bed, The Land of Women -- and her exquisite book of poetry, Yarrow Field. Her writing is luminous -- like she is as a person.

Regina's Ghost Songs: A Memoir was published this fall, and I've taken weeks and weeks to read it. I knew right away when I dipped into it that it would be something to savor, to take in over time in sips. Regina lost both parents to suicide within months of one another when she was seventeen years old. Raised as an Irish Catholic and deeply affected by the mystical elements of that faith, Regina weaves together childhood memories, sibling love, the immediate aftermath of the suicides and her trip to Ireland as a young adult to tell a story of sadness but also of great love. She's written a story in fragments, here, her pain not so much disguised as elusive, like the ghosts that she encounters in the aftermath of the shattering events. Her encounters with what you might call the miraculous are written without a trace of awkwardness or cliche. Her prose, both spare and magical, conveys a wisdom not just hard-won and brave but truly numinous.

Thank you, Regina, for the gifts of your writing, for being a touchstone for me of my other life.


Buy Ghost Songs at your independent bookstore, at Tin House or on Amazon.

Posted by Elizabeth at 7:43 PM