My understanding of what's going on in this country is shrinking, and I find myself opening up articles, reading a few sentences and then sighing in exasperation or grimacing in disgust or taking in breaths to allay anxiety or rolling my eyes heaven-ward in bewilderment.

Are we supposed to understand what's going on?

I hate to say it, but I rely almost exclusively now on acronyms to express myself in this area. WTF?

I remember this quote by the great 18th century satirist, Jonathan Swift:


It is useless to attempt to reason a man out of a thing he was never reasoned into. 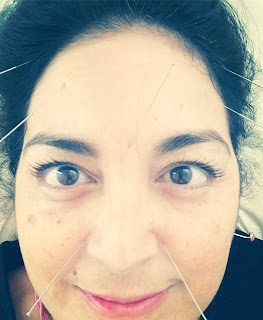 Sophie went back to school today for the first time in weeks, other than the day I brought her in for her birthday. I don't feel like going over what's been going on because, frankly, I'm so tired of the whole shebang, and I imagine you are, too. Suffice it to say that she's trending better even as we slowly wean her from the hideous benzodiazepine and supplement more aggressively with THC. I'm trending better right along with her because you know where she stops, I begin or where I stop, she begins and it's a fine, fine line. I also got acupuncture from our beloved Dr. Jin.

Yes. THC, baby. The psychoactive stuff that I myself have not partaken of since the halcyon days of college at the University of North Carolina at Chapel Hill. If I'd had any idea that I'd be administering a pale green gold oily version of it to my seizing and drug-addled daughter thirty-plus years later, I would have smoked more and studied less. Hell, I would have joined in with something more than tolerance when my boyfriend and his housemates watched the Tar Heels play basketball with the sound turned down and the bootleg Grateful Dead tapes turned up.

If you hear Old Racist Alabama Elf-Man Sessions or Old Up Big Pharma's Ass Georgia Cracker Price make any cracks about medical marijuana being a joke, tell them I'm going to beat the crap out of them in my mind. My tiny little mother mind™ knows few boundaries, is exasperated, disgusted, anxious and bewildered and would love a good red neck upon which to project its conflicts. Just a little March Madness.

Speaking of conflicts and the Tar Heels, did ya'll watch that game yesterday? It was a nail-biter that I watched with my sons and Sophie. March Madness for sure. This is a picture of when we had fallen behind Arizona after an early 17-point lead. I have quite effectively brainwashed my sons to be ardent Carolina basketball fans, and they were nervous wrecks. 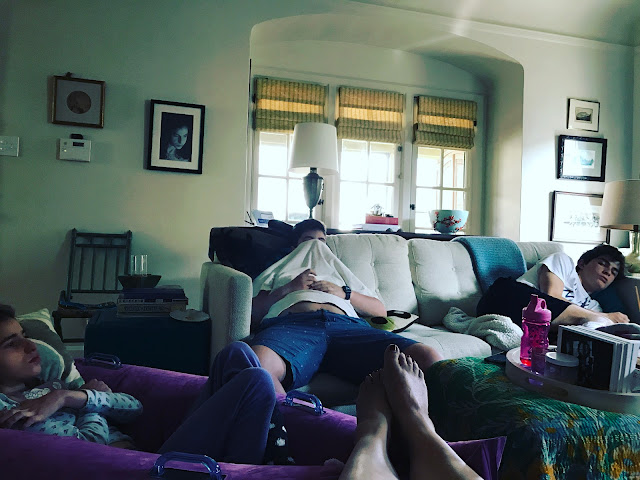 Here's a video of the action when things got really tense at the end, right before I began to fold the boys' clean socks into balls, a task that I turned over to them when they were about five and seven years old. So many boring white socks I thought I'd go mad, wrote Virginia Woolf. I thought I was going to have a stroke or a heart attack watching the last few minutes of the game and even folded The Brother's laundry and smoked a few cigarettes in between bong hits.*


Between the not smoking too much THC in college, giving Sophie enough THC to help her brain today and parenting my boys to cheer ardently for a team that I love despite not knowing a damn thing about the sport -- well -- I'm going to humble brag here about my parenting skills. I am bewildered, to say the least.

* Just kidding. Virginia Woolf did not write that.