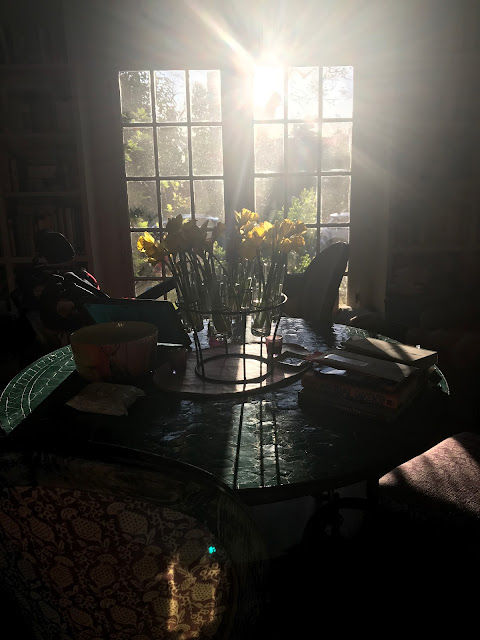 I've decided to be fully present during each seizure and shed tears, at least afterward. The word shed.  Dutch and Germanic, Old English root: to separate out, to scatter, to divide. I remember watching a scene in a movie -- maybe Zorba the Greek -- where a bunch of women are wailing in the streets about something or another. I can't find the scene, though, so I might have made it up or perhaps reached into my cellular wellspring where the Middle Eastern and southern Italian histrionics lie embedded. The word histrionic. The dictionary states that its origin is the 17th century, and I imagine some Germanic guy or Anglo-Saxon with the whitest of skin took the Latin root for drama and acting, twisted it into something unfavorable, applied it to women, in particular.

I have a friend whose adult son is schizophrenic. She's done things like cleaned his shit from the walls of his apartment. She and I recently sat in a car outside her house and discussed how we imagined ourselves screaming in the streets with other mothers, other women. Tearing at our hair and wailing, rending our garments.

How fitting to shed --  to empty oneself that way.

Watching a person twist and jerk and grimace over and over, in minutes and then years, helpless to do anything but watch and abide in the moment -- surely this calls for tears afterward as much as efficiency or quiet?

Are there enough tears?

There's nothing to be thankful for with seizures.

I don't believe in prayer and would as soon as stand on a pew and wail then beg.

There's gratitude, though, in tears.

I bought some daffodils the other day. The buds were tight, the stalks like paper. I stuck them in water and watched them unfold into yellow.