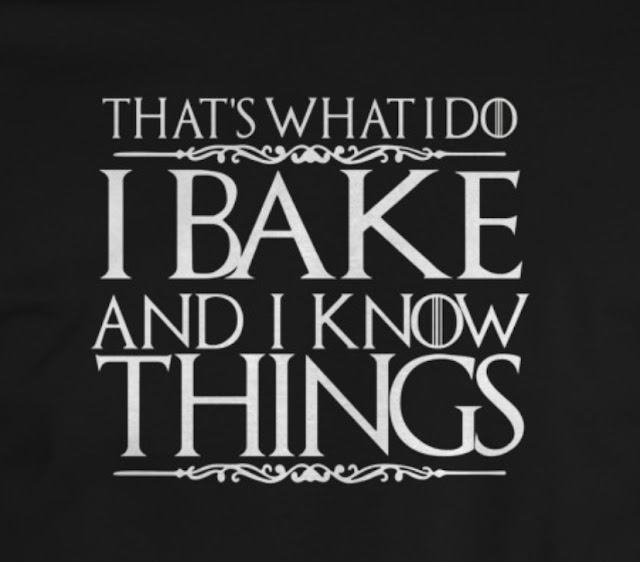 I should probably change that sign to "I bake and I know no things," because lately I'm just feeling mostly that I know very little if nothing at all. For instance, why is the rest of the country (other than New York City and greater Los Angeles county) getting back to what they deem normal? Who were those people in those bars in Wisconsin, for example, that bunch of burly white bearded men getting beer on tap, piled up in booths with blondes? And who are the people driving across the country to their beach houses? Who is my son, actually, getting ready to fly to the east coast to spend the summer in South Carolina where life is back to whatever normal is in South Carolina? We are still wiping down our groceries before bringing them into the house, rotating through the masks that lie, now, everywhere, making sure that we wash them before putting them on again to step into the dystopian world outside. We're looking at a fall with school still virtual, with even colleges and universities heading toward 2021 that way, even as other states are opening up their gyms and planning for football. Black men, women and children are gunned down doing normal things while being black even as men with submachine guns strapped to their bodies (and their adoring women because let's not leave out the women) protest for their freedoms in public places. Their idle white faces.

Children are beginning to die in New York and New Jersey from a rare neurological/immunological disease related to Covid-19, but there are legions more protesting against their tyrannical government, peddling conspiracy theories and refusing to wear masks in the name of freedom. We've got Dear Leader spinning spinning spinning his lies and venom, health insurance companies diving back into states that they'd pulled out of one year ago, piling up record profits to reward their shareholders and executives, while the disability community faces the spectre of cuts in services, the usual sacrificial lambs at the altar of mammon.

We are divided, disunited.

We were encouraged to go outside and look up into the skies today as military jets flew through in a show of aerial support for healthcare nurses. Thunderbirds. Blue Angels. Who are the people that thrill to this kind of thing? I do not understand them, but I know nothing. I am confused. I put on my mask and go for a walk, my lips tight underneath, my glasses steaming up. Don't touch your face.

America is exhausting and terrible.