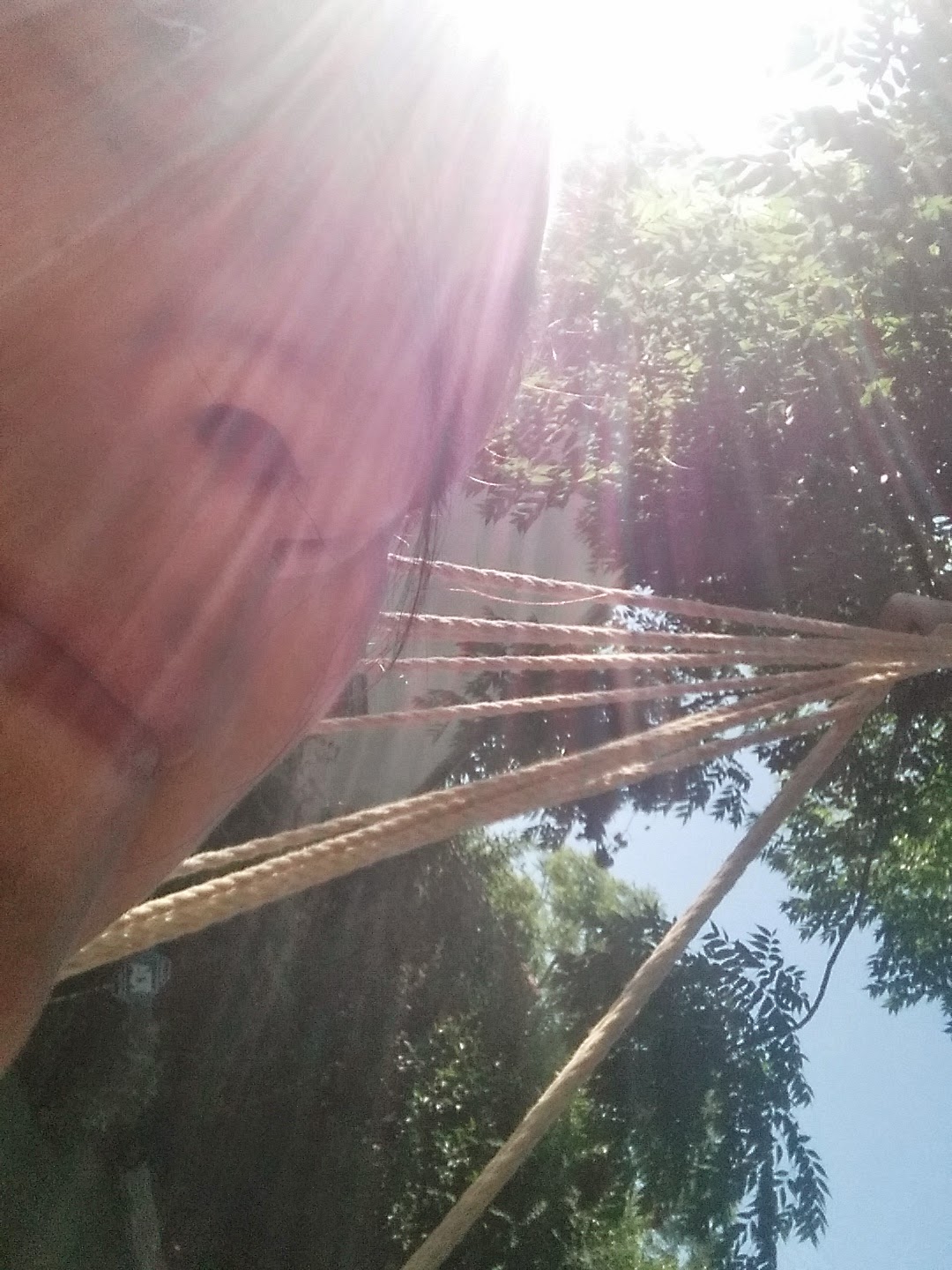 You can be the perpetrator of your own emptiness,
it can be the very thing you need, and it can still undo you.

Alexandra Fuller, After the Rains Came

I have a card on my desk with a picture of a fifties-era woman looking at a map in a car. The caption is I'm not lost...I'm exploring! I have a terrible sense of direction, get lost literally once or twice a week, make wrong turns daily, forget where I've parked my car, miss landmarks and can't read maps. I'm also pretty good-natured about it, except maybe the time I lost my car on a large college campus after midnight or walked up and down and around a parking garage for hours, crying like a baby. After taking a good long walk with a friend early this morning, I lay on my bed for much of the day, only getting up to tend to Sophie, do the boys' laundry and dust the living room. I am doing one of those cleanse things where you don't eat sugar or gluten or dairy or caffeine, and it's not going so well. I'm keeping to the requirements, but I feel like shit. I have a headache, my body aches and I'm irritable and weepyish. Apparently, I've been eating a whole lot of crap, and while I'm aware of that I haven't really faced up to it. It seems impossible that something so cliche could really be working to clean my body of toxins. I'm going to try to hang in there, though, because enough is enough. I've lost my body, my sense of self beyond what goes on in my tiny little mother mind.  I,I, I. What goes on in that mind is ridiculous much of the time, particularly as the world spins on its axis without my input, and Baltimore and Nepal happened in the same week. It feels lame, but the one body we're given is a sort of temple, isn't it? It's prone to degradation, so why hurry it along?  I doubt that I'll ever gain a real sense of direction as far as my body goes, but I'm going to explore it anyway.

Reader, are you lost or exploring?
Posted by Elizabeth at 5:25 PM