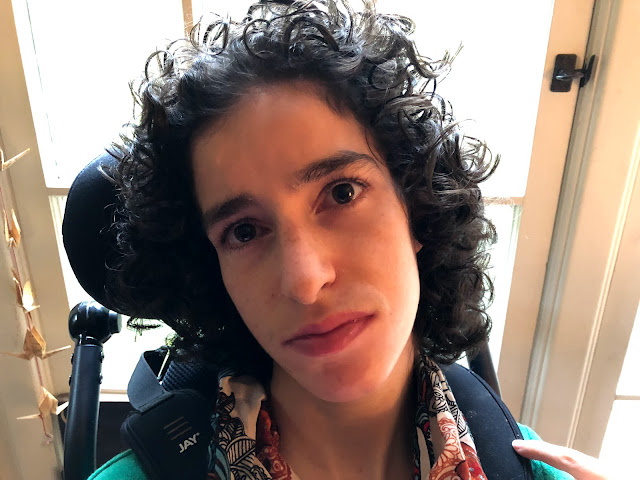 So, yeah. Now we have not one but TWO misogynists sitting on the Supreme Court and ONE misogynistic sexual predator directing the whole shebang along with 51 sycophants in the Senate, minus one woman from Alaska.

How very charming for us, no?

I've got family members who support Trump and Kavanaugh. We can barely talk at all now, and I don't know what to do about this. I welcome all tips.

You should read this:


Somewhere on the wide spectrum between adolescent teasing and the smiling white men in the lynching photographs are the Trump supporters whose community is built by rejoicing in the anguish of those they see as unlike them, who have found in their shared cruelty an answer to the loneliness and atomization of modern life.
It's from this article, titled The Cruelty is the Point.

Sophie is currently getting her second round of IVIG infusions. She had two hellacious weeks after the first (probably unrelated) and has been perking up in the last week. I haven't given an update because I'm generally so stressed out about her and me and all the usual crap that I just don't want to exacerbate it by -- well -- sharing it. It's too much, Reader. Way, way too much.

I'm not going to be teaching the senior citizens any more because the company that hired me thought I'd be willing to drive all over southern California to do so. When I say drive all over, I mean ALL OVER. Like there might be mornings where I'd be driving three hours for a one hour class. On top of all of that is Sophie and her erratic schedule and life. Her care IS my job. Sigh. I will miss that crabby woman, though, and the soft-spoken woman who worked in the cotton fields of Texas. I need work. Freelance work. Suggestions welcome.

Saint Mirtha cut Sophie's hair really short, and she looks a bit like a dandelion. I close my eyes and make a wish and blow.