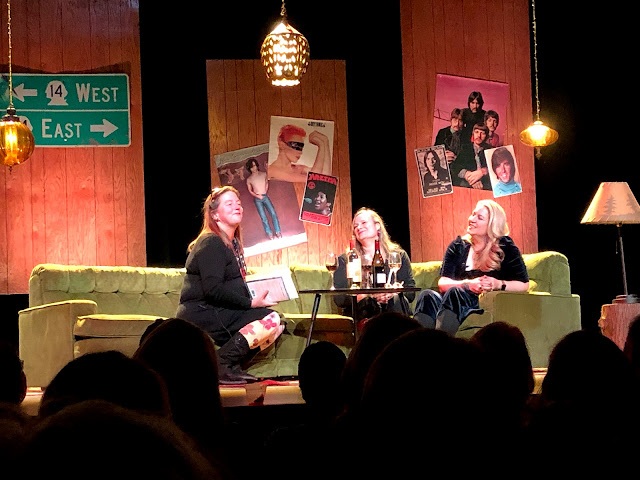 I haven't written here in over a week, and I haven't visited many of your blogs. I have, mainly, been out of sight. I was helping to take care of my uncle who had a bad fall and was recuperating in rehab and then my house. I was glad to do it as he's family and has been very good to us, but man oh man. Caregiver central. Fortunately, my father and cousin Philip came out this past week and helped me with all things caregiving, so I'm feeling a tad more sane. Here's my cousin Philip getting all the love from me. He is really more of a brother to me than cousin as he lived with my family for a number of years when his parents, my aunt and uncle died, and my parents became his guardians. 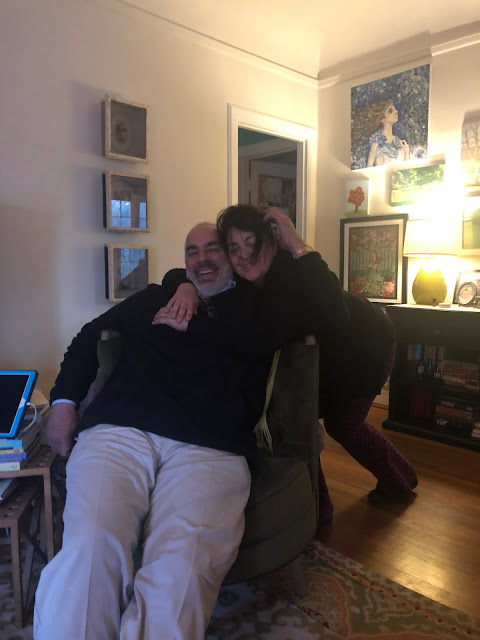 I went to Portland a week ago with my dear writer friend, Tanya Ward Goodman. She sprang me from the confines of home and caregiving, got us a fabulous hotel room and coaxed me to not only do some writing of the goddamn book but to walk over 12,000 steps on both days we were there! We went to see the glorious Pam Houston, Lidia Yuknavitch and Cheryl Strayed celebrate the recent publication of Pam's new memoir Deep Creek: Finding Hope in the High Country. I haven't yet read it, but I heard her read parts of it, and it sounds beyond beautiful.

I was called up on stage that night with Pam, not because I'm a writer or because I am about to finish my goddamn book, or even because she knows me, but because she was playing Truth or Dare with Cheryl and Lidia, and one of the truths was that she was in a sorority, and one of the dares was for her to sing a sorority song. She was up on stage and turned to the audience to ask whether anyone else was in this particular sorority, and I don't know what came over me, but I revealed that I was (Reader, you might not be aware that I was in a sorority, and it's not something that I talk about nor will I, but even though it's sort of embarrassing in this day and age, I actually found beautiful lifelong friendships and had a smattering of fun back in the day -- plus, you know, Pam Houston was one, too), and there was an enormous roar in the place and I fainted dead away. Just kidding. I raised my hand, and because this was in PORTLAND and everyone there was a Lidia, Pam or Cheryl acolyte, no one else in the entire place (and there were hundreds of women in there) owned up to being in this particular sorority, EXCEPT FOR YOURS TRULY. So, yeah. Pam called me up on stage, and everyone around me yelled at me to GO! so I went. Pam sang and I pretended to sing one of our sorority's stupid songs, and it was actually kind of fun if you like singing with a famous author in front of two other famous authors and an auditorium full of Portlanders. Here's the still photo from the video that Tanya took: 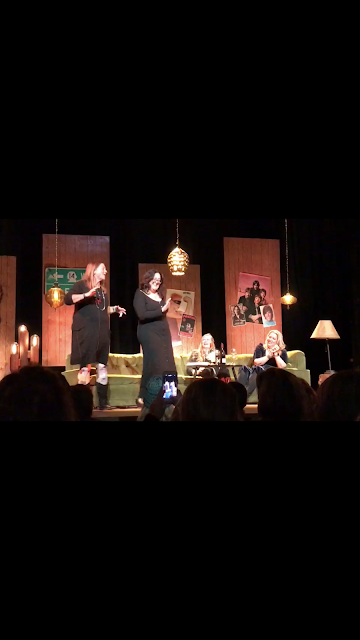 And here I've gone and revealed it to more people. Holy shitoly. Now you know everything about me. Just so you won't hate me, here's a photo of me back in the day at a party. I was not drunk but I was wearing a wig for some reason, and that blue shirt is actually a dress that I tucked into a pair of tuxedo pants. It was 1983, for god's sake, and I was thin. 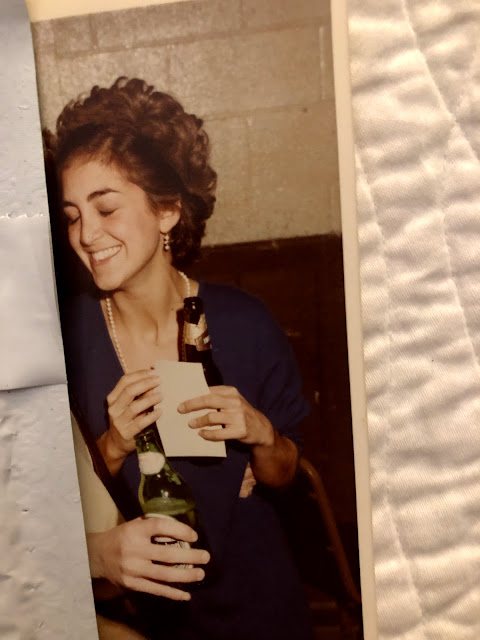 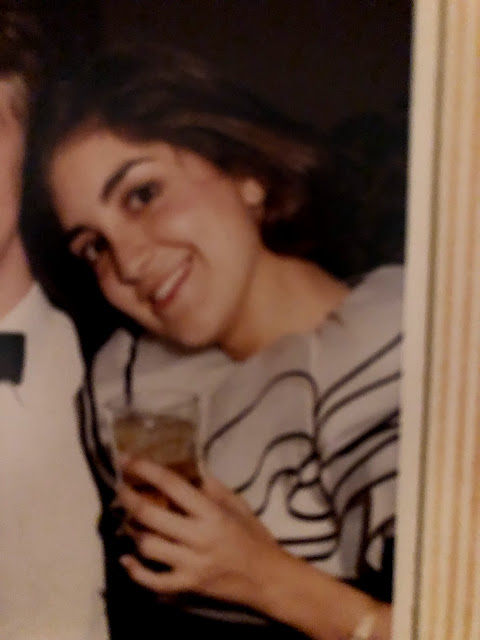 How about that clown collar? Underneath was a black velvet dress with a jewel neck. The collar buttoned on. A few drinks later, here I am: 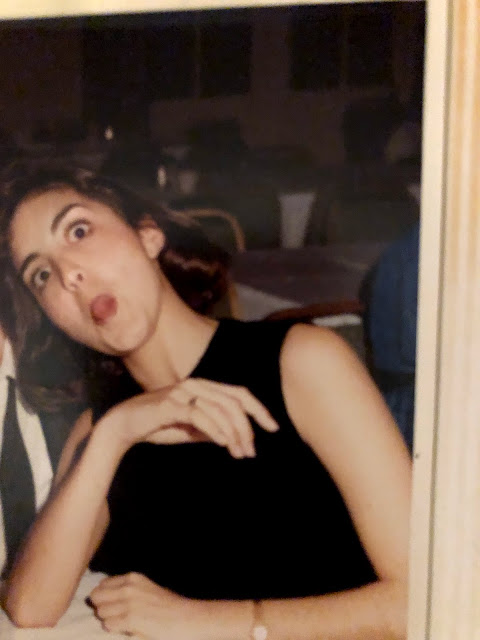 So, there you go, Reader. I showed you what I was doing back last week and then way, way back to when.

What's happening with you?
Posted by Elizabeth at 9:13 PM