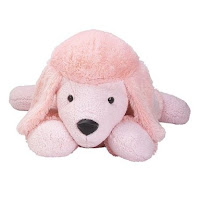 I woke up this morning and felt human for the first time in a few days. I had a bad head cold and sore throat and somehow, when I'm sick I also feel profoundly depressed, sometimes morbidly so. I tell myself that there must be some sort of central nervous system component to colds and flu (and don't we know a lot about the central nervous system around here?)and that would account for my lassitude and certainty that I will never feel good again.

But when I opened my eyes this morning, I felt distinctly better and that's when the mania set in. This is my usual pattern: feel like I'm getting sick and deny it -- is my throat scratchy or is it just the Santa Ana winds? -- continue the rest of the day, feeling more and more lousy but still not certain if I'm really getting sick -- go to bed early, sick and wake up the next day even more sick. Then the real depressive thoughts creep in and I do a lot of internal moaning and groaning and sometimes some external weeping. So, when I woke up this morning feeling distinctly better, I decided to go to Target after I'd dropped the boys off at school.

I love Target. I've been known to get lost in Summerland, drowned in the sea of sunflower plates and coordinating coolers. I often have more than six items to try on in the dressing room and my cart is usually so full of, well, shit, when I near the cash registers, that I toss a whole lot of it overboard. This morning, my post central nervous system component of my hideous cold was so lifted that I felt positively elated and therefore convinced that I absolutely had to have the giant pink stuffed poodle in the toy aisle. It'd be perfect for Christmas for Sophie, something that she can just fall onto when she wants, I thought. And because it was too big for the cart, I sort of draped it in and over the child's seat at the front. I did have a couple of qualms about the size -- where would I hide it so that the boys, who still believe in Santa Claus, wouldn't see it? And was that dirt on the paw or just some sort of shade?

As I rounded the corner with my pink poodle, I almost bumped into a young guy in a wheelchair who was at the head of a line of special needs teenagers. They were a motley group of young men and women, staggering and winding in what can only be described as a carnival-like fashion, but that also implies the idea of freaks, and these were not freaks. I stopped and said, "Hi! How are you guys doing today?" One of the aides perked up when I spoke and looked defensive but I quickly explained that my own daughter had special needs and I was just wondering what school these kids were from. It turned out that the aide had substituted at Sophie's school and even knew her, and she told me that they were on a community field trip, "learning how to shop." At this point, the kids were crowding around my cart and the pink poodle and asking me questions in garbled, slurred voices. Then they were all ushered off and back into a line and continued on to --- learn how to shop.

I stood there for a second or two and leaned into the pink poodle. After a few days of a central nervous system-connected cold, I wasn't about to go there, and the thought that was a thread (Sophie will do this one day, soon, but she's so beautiful, how could it be?) was scissored off. I jauntily kept going, stopping at the Halloween section to pick up a bag of candy corn and some window gel-things for the boys' room and then over in the cleaning section some of that fabulous all-natural cleaner stuff. Then I headed over to the medicine section and bought a new bottle of Tylenol to replace the one that I'd emptied over the past two days. Paper napkins were next and then some red lip stain in cosmetics.

And right before I rounded the last corner to the check-out line, I chucked the pink poodle.
Posted by Elizabeth at 9:04 PM