Stepping Out of the Eddy 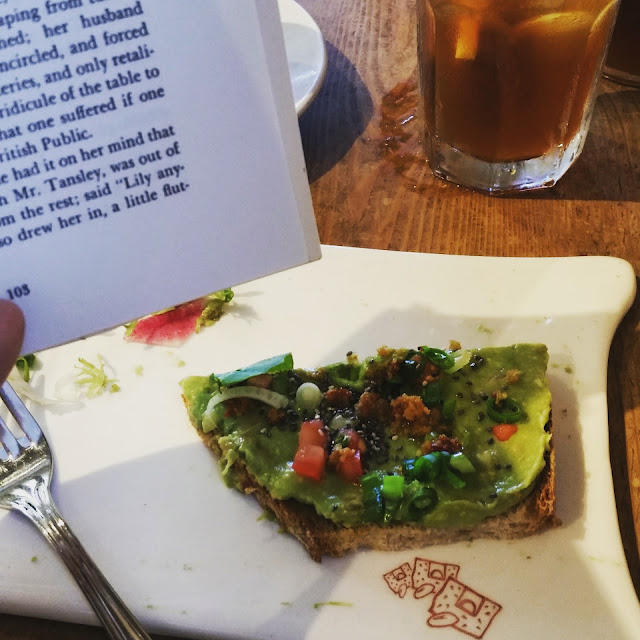 I wish you all could come to next week's Books & Bakes salon. I'm reading Virginia Woolf's To the Lighthouse for perhaps the bazillionth time and discovering that it's even more amazing than it was the last time. It might be one of those books that illuminate your present no matter your past. It does for me. I'll be making what Mrs. Ramsay serves at the dinner party around which the book revolves, but I won't tell you what it is -- honestly, if you want to get into the great woman hive-mind, you should read this novel.

When doors slam, they slam and I jump.

But what have I done with my life? thought Mrs. Ramsay, taking her place at the head of the table, and looking at all the plates making white circles on it. "William, sit by me," she said. "Lily," she said, wearily, "over there." They had that -- Paul Rayley and Minta Doyle -- she, only this -- an infinitely long table and plates and knives. At the far end, was her husband, sitting down, all in a heap, frowning. What at? She did not know. She did not mind. She could not understand how she had ever felt any emotion or affection for him. She had a sense of being past everything, through everything, out of everything, as she helped the soup, as if there was an eddy -- there -- and one could be in it, or one could be out of it, and she was out of it. It's all come to an end, she thought, while they came in one after another, Charles Tansley -- "Sit there, please," she said -- Augustus Carmichael -- and sat down. And meanwhile she waited, passively, for some one to answer her, for something to happen. But this is not a thing, she thought, ladling out soup, that one says.