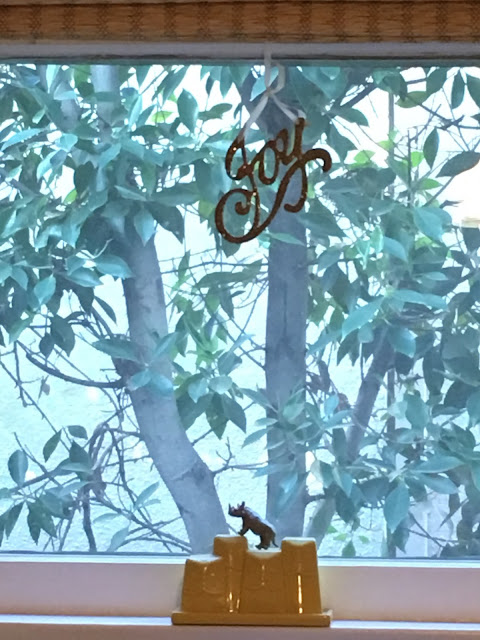 What are ya'll doing? I'm lolling about and then getting up and doing stuff like laundry and cleaning the stuff off the dining room table, then reading a bit of Flannery O'Connor's The Displaced Person (it's relevance to us and particular prescience) and then walking to OSH to buy those little carpety things that go under the dining table legs and then back to lolling and then to helping Sophie off the floor where she's lying seizing (yes, seizing, but I've done another WEAN of her gd medication, so we're in for it) and then debating whether pizza is in order for dinner -- again.

It's a long poem, but it's so beautiful. Read it silently and then read it aloud and let those words roll off your tongue.

A Dream of SolsticeQual e' colui che somniando vede,che dopo 'l sogno la passione impressarimane, e l'altro a la mente non riede,cotal son io...Dante, Paradiso, Canto XXXIII'Like somebody who sees things when he's dreamingAnd after the dream lives with the aftermathOf what he felt, no other trace remaining,So I live now', for what I saw departsAnd is almost lost, although a distilled sweetnessStill drops from it into my inner heart.It is the same with snow the sun releases,The same as when in wind, the hurried leavesSwirl round your ankles and the shaking hedgesThat had flopped their catkin cuff-lace and green sleevesAre sleet-whipped bare. Dawn light began stealingThrough the cold universe to County Meath,Over weirs where the Boyne water, fulgent, darkling,Turns its thick axle, over rick-sized stonesMillennia deep in their own unmovingAnd unmoved alignment. And now the planet turnsEarth brow and templed earth, the crowd grows stillIn the wired-off precinct of the burial mounds,Flight 104 from New York audibleAs it descends on schedule into Dublin,Boyne Valley Centre Car Park already full,Waiting for seedling light on roof and windscreen.And as in illo tempore people markedThe king's gold dagger when it plunged it inTo the hilt in unsown ground, to start the workOf the world again, to speed the ploughAnd plant the riddled grain, we watch through murkAnd overboiling cloud for the milted glowOf sunrise, for an eastern dazzleTo send first light like share-shine in a furrowSteadily deeper, farther available,Creeping along the floor of the passage graveTo backstone and capstone, holding its candleUnder the rock-piled roof and the loam above.Seamus Heaney
Posted by Elizabeth at 6:06 PM