The Pursuit and Practice of Equanimity 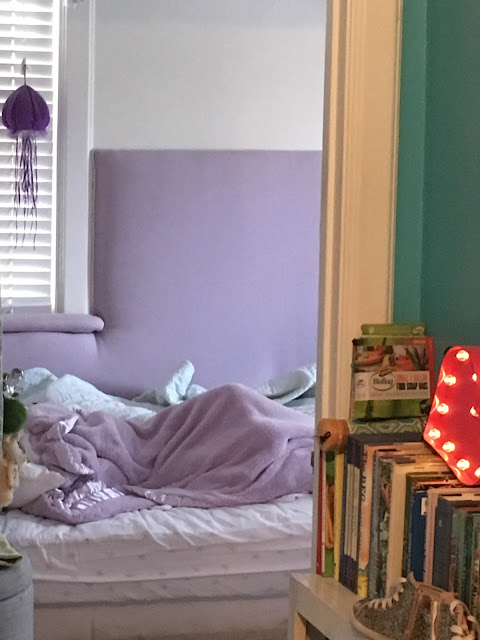 Your daughter, no stranger to bouts of weirdness that she ultimately recovers from, is acting very weird. She is not having any more seizures, per se, than usual, but she is very weak and doesn't want to walk and you held her in your arms exactly like you would an infant today and fed her a sippee cup of juice, sip by sip. She has no fever. She has no cold. You have run through the possible things wrong, and these include viruses, brain tumors, autoimmune diseases, broken necks or backs, severe pain, and, of course, Just Plain Old Fucked Up Epilepsy Shit. You said a few prayers before remembering that you actually don't believe in prayer, other than as a form of meditation and you do believe in meditation because it has, quite literally, saved you from insanity during the other bouts of weirdness your daughter has had over the last two decades, unlike prayer which has always had a desperate quality to it when you do it and a treacly, insincere, I don't know what else to do for you except pray sort of quality when others do it for you (with some notable exceptions from some truly holy people you know). Since the last time your daughter had a significant bout of weirdness (October is the cruelest month, contrary to the poet's dictum), and you landed up taking her to the hospital where, basically, nothing happened or was learned by the Powers That Be* over the six days you were in the hospital with your daughter and then you were sent an Explanation of Benefits by the Supreme Powers That Be** that amounted to $140,000 To Find Out Absolutely Nothing But That Your Daughter Has A Hospital-Acquired Urinary Tract Infection And Is Indeed Suffering the Toxic Effects of Vimpat Confirming The Mother's Tiny Little Mother Mind,™ you make the decision when you're not praying/meditating that you will not bring your daughter back to the hospital. You want everyone reading this who is not a doctor to not look on this as medical advice, but everyone reading this who is not a doctor should know that your lack of sense of urgency co-exists with a supreme panic and is the result of more than twenty years of doing this shit and meditating. Hence, equanimity.

Even the title of this post is a nod to equanimity as you just can't, no matter how hard you try, pursue it.

* The Neurology Community
** The Health Insurance Industry and Medical Industrial Complex That Has Now, Apparently, Taken Full Control Of the Disunited States or Drumpfland.
Posted by Elizabeth at 6:29 PM