The Limitations of the Tiny Little Mother Mind™ and #SeezJahBoy 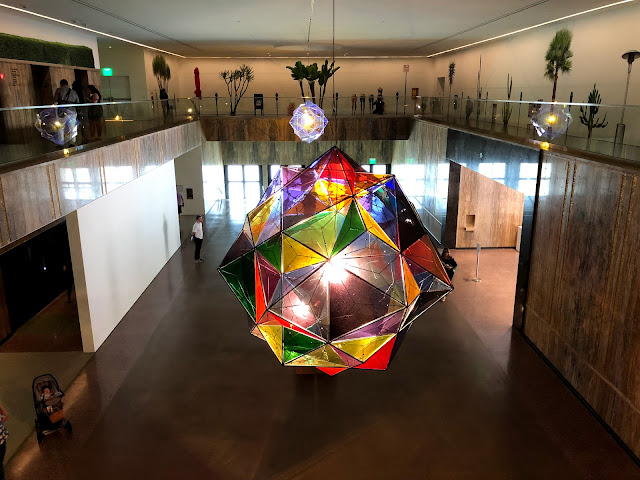 A lot of people are excited about last night's Miss America pageant -- how Miss Michigan, a blonde Barbie doll, made a comment about the bad water in her home state and appears "woke" in the newest sense of the word, and Miss New York, a black Barbie doll, won the prize. It's a big world, I'm thinking, wondering how in 2018 we still have beauty pageants (although I've read they're no longer "beauty" pageants, and there's no more bathing suit competition). What's that expression? Whatever floats your boat?

My tiny little mother mind™ was seriously taxed today when I learned that Netflix released some movie called The After Party that's getting all the raves. Evidently, the main character has a seizure (after smoking marijuana) while rapping on stage, projectile vomits and falls to the ground writhing. The moment is captured on video, it goes viral, he's called "Seizure Boy," and soon everyone is doing the #SeezJahBoy dance.

Where do we start? The young man who plays the character is an up and coming rapper and has a bazillion followers on Instagram. He sees himself, ironically, as a bullying advocate. People with epilepsy are commonly bullied. This is a fact. I know countless people whose children have been bullied, have been mocked and derided when they've had a seizure in school. The stigma of epilepsy is still so strong that adults with epilepsy often don't tell their employers that they have it. Teenagers with epilepsy are often at higher risk for anxiety and depression, and much of that can be attributed to our culture's ignorance of the disease.

So, yeah, back to #SeezJahBoy. Despite condemnation from different news sources and epilepsy and seizure awareness foundations, the hashtag is viral at this point. I have heard from good friends in the epilepsy community that when people go in to these conversations on Twitter and Facebook, in an attempt to counter the ignorance, they are being called trolls or "racists" (because the movie is predominantly by black people). How many people did this show have to go through to get put on the air? Are we overly sensitive as parents of children with epilepsy or individuals with epilepsy? Do I think the show should be pulled? To tell you the truth, this sort of thing so taxes my tiny little mother mind that I think nothing at all. I don't have the energy to think about some stupid movie that makes a mockery of people with epilepsy. I don't give a fuck about the writers, the editors, the sound people, the young actors and wannabes that made this movie. There is no big world that holds such shit. The big world shrinks in to a dot, and that dot is a portal to my house where my epileptic daughter sits in her wheelchair, the little vein in her forearm penetrated by a needle that brings an infusion of antibodies to her brain, so many antibodies that they literally flood her brain and dilute out the bad antibodies that have been wreaking havoc, causing her to seize, near constantly, in her sleep and subsequently destroying her ability to walk and eat and move in the world.


*New Readers should know that I hate this expression and only use it facetiously.
Posted by Elizabeth at 5:44 PM