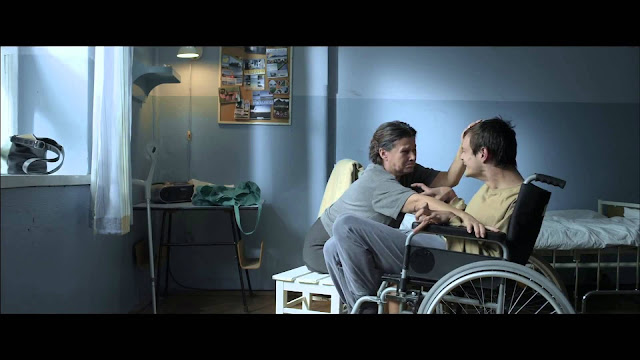 I get at least twenty requests a day asking me to promote a book or a product or a service on my blog. I delete nearly all of them. I was just about to press delete on reviewing the movie LIFE FEELS GOOD when the words cerebral palsy jumped out. Then I saw that it's a Polish movie, and I love Polish movies, so I clicked the trailer, and -- well -- I'm happy to review and promote it.

LIFE FEELS GOOD is a film by Maciej Pieprzyca and is described as "heartbreaking and humorous," two adjectives that I highly relate to and find resonant. Dawid Ogrodnik plays Mateusz, a man with cerebral palsy who wants to be understood by his family and friends. It's based on a true story and has been nominated for eight Polish film awards, winning for Best Leading Actor, Best Screenplay and an Audience Award. It's distributed by Under the Milky Way and will be available on iTunes, Amazon, Google Play, XBox Microsoft and other VOD platforms.

I will be viewing it soon and will post a review, but don't you think it looks amazing? It's going to be released tomorrow, November 6th. Check it out.