48 Plus Hours In: Hospital Chronicles, Meta 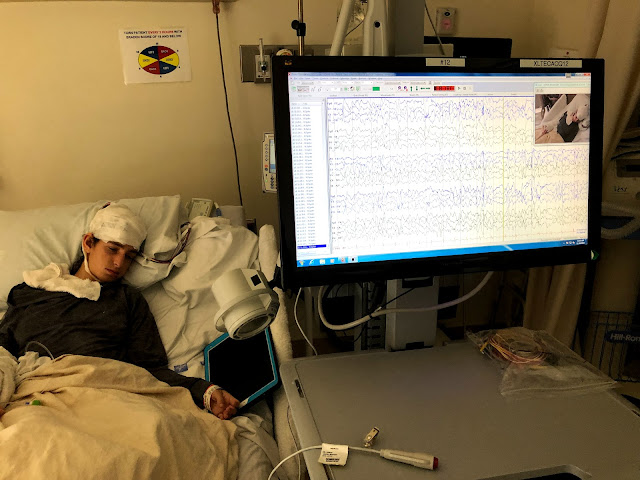 There's something sort of meta about that photo, isn't there? What does meta mean, anyway? Among, with, after. Something like that, I think. Sophie's brainwaves, Sophie and then, beyond, Sophie. Her face fascinates me. 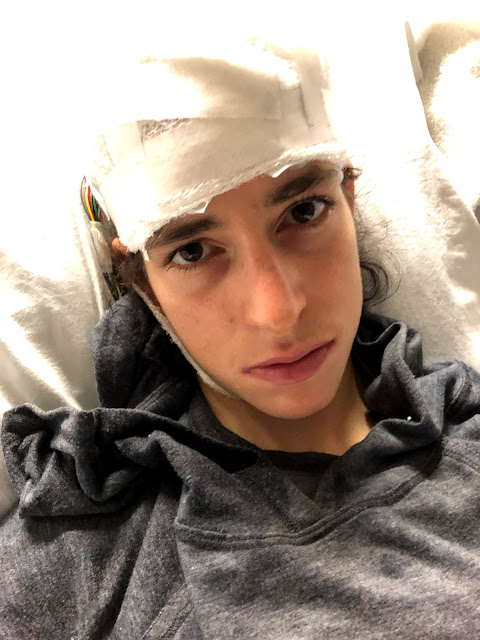 I'm not sure what those eyes are telling me, but the word implore comes to mind, and those eyes both sustain and torment me.

We're sprung from the hospital and home again. Sophie's ESES is still pretty bad, but she has no underlying infections or thyroid problem or lung issues and the results of the autoimmune panel are still pending. Teenage Neurologist asked whether we'd consider high dosage steroids (it's one of the standard treatments for ESES), and I said no not ready. The other two times Sophie had ESES, the IVIG worked, and we still have room for it to work. I'm also going to fiddle again with the CBD and the CBDA and we're going to get this thing beat.

If you have a thing for science and immunology, put your thinking cap on and tell me something I don't already know. Here are a few things to ponder:

If Teenage Neurologist can be one, so can you. Remember what meta means: 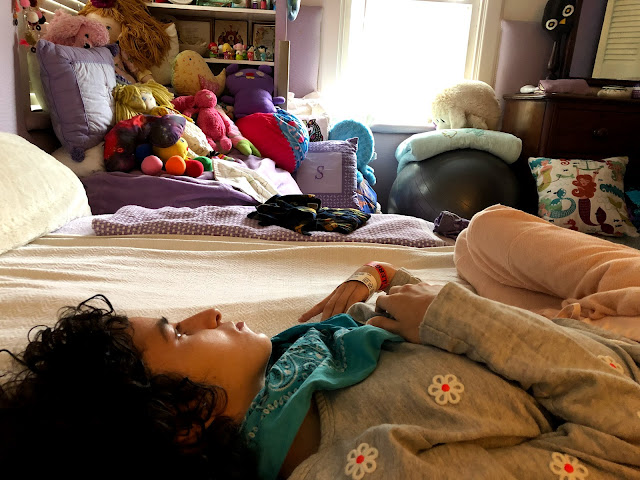 Posted by Elizabeth at 3:54 PM