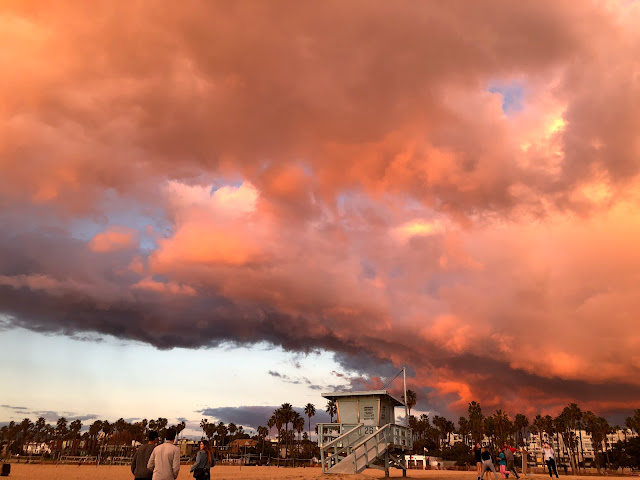 We're getting rain here in Los Angeles -- buckets and buckets of rain -- and the most beautiful winter sunsets. That picture above was taken on Saturday in Santa Monica. Carl and I were on the beach, and that's facing east, away from the ocean. 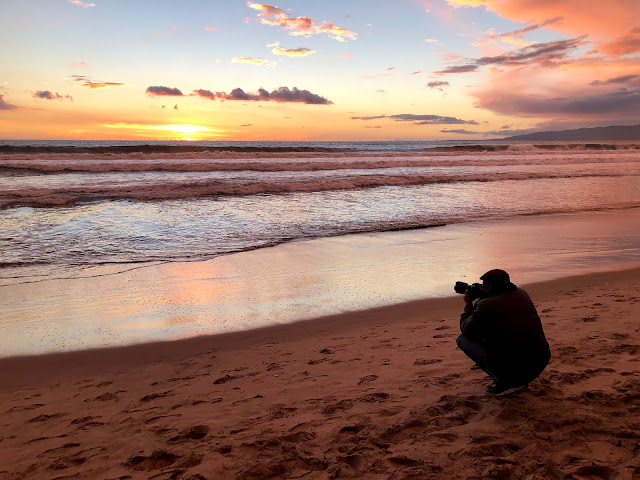 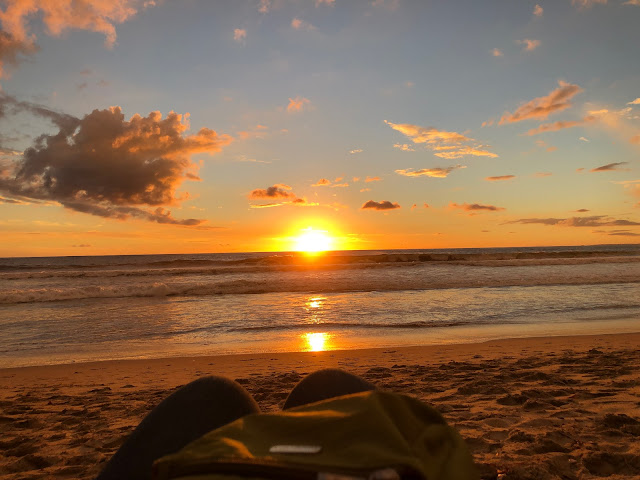 Today marked the first day of the second week of my new job teaching English to a group of eleventh and twelfth grade girls. I have three classes, two groups of eleventh graders and one group of twelfth. Each class is unique and one is particularly challenging. Anger and resistance make the air crackle in that room. Heads swim with wants. Take notes, I think. Keep taking notes. I have a mind and a memory like a steel trap, and these girls will join all the other hostages that wander the labyrinthine paths.

I get this newsletter every day from The New York Times newspaper cooking section. It's called What to Cook Right Now. I love it so much -- the recipes, the commentary, the links. Today I learned that it's the writer John Dos Passos' birthday (1896). I read nearly everything he wrote back in the last century, in my early twenties. I probably read him lying on a bed somewhere, maybe in the apartment where I lived with my first love, out in the country in Chapel Hill, a mattress on the floor at the top of the stairs, sandwiched between two walls and a window at the foot, a bookcase stuffed with used paperbacks. I might have been chewing on some Twizzlers when I read Dos Passos, red plastic mingling with brown must. Dos Passos was a hostage, though, wandering around my mind, lost down some dark corridor, until I read about him today.

Teaching these girls, doing the research for lesson plans, revisiting stories and poetry -- it's all packed in there, in my mind, and it seems that there's no end to what one can stuff into it. So, yeah. Take notes, I think. Keep taking notes.

Here's a passage from The 42nd Parallel that Sam Sifton, the guy from the NY Times newsletter thinks describes the writer's life. I agree.


The young man walks by himself, fast but not fast enough, far but not far enough (faces slide out of sight, talk trails into tattered scraps, footsteps tap fainter in alleys); he must catch the last subway, the streetcar, the bus, run up the gangplanks of all the steamboats, register at all the hotels, work in the cities, answer the want ads, learn the trades, take up the jobs, live in all the boarding houses, sleep in all the beds. One bed is not enough, one job is not enough, one life is not enough. At night, head swimming with wants, he walks by himself alone. 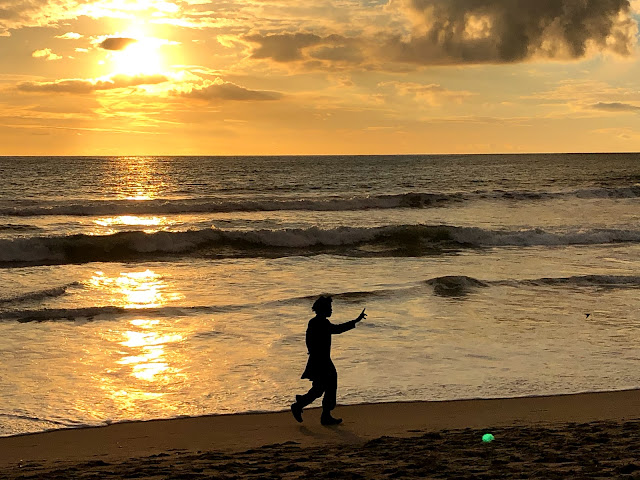