They're Getting Kool-Aid™ Jammers and Animated Movies* 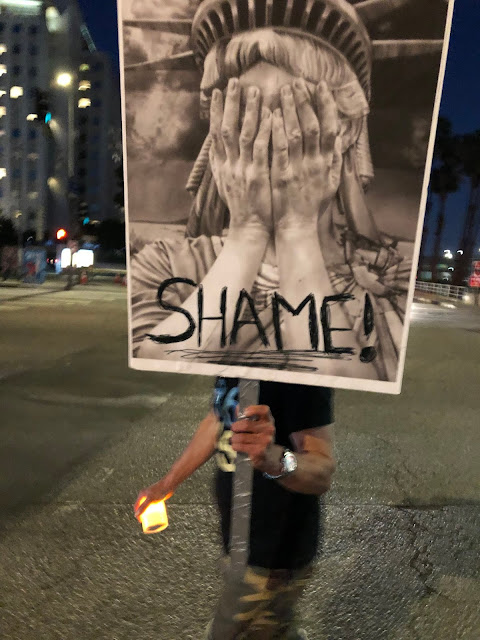 Children do not belong in detention centers. "Detention centers" appears to be a more acceptable term than "concentration camps." Families belong together. This is now a popular trending hashtag. So is Close the Camps Now. Last night I attended a vigil downtown at the Los Angeles Metropolitan Detention Center, where over 1000 men are being held. We gathered outside the facility with 4000 people, just over the 10 freeway. Some people brought Mylar blankets as a sign of solidarity, fashioning brilliant flags and scarves out of them. The incarcerated children have been given such blankets to cover themselves during detainment.

We held our flashlights, electric candles and phone lights up toward the building, and the men inside flashed their own lights through the tiny slits in the imposing walls. It felt futile to be there and powerful at once, but mostly futile. 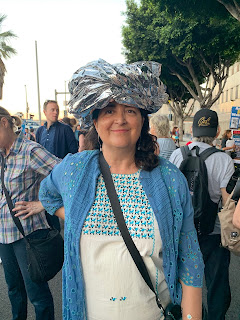 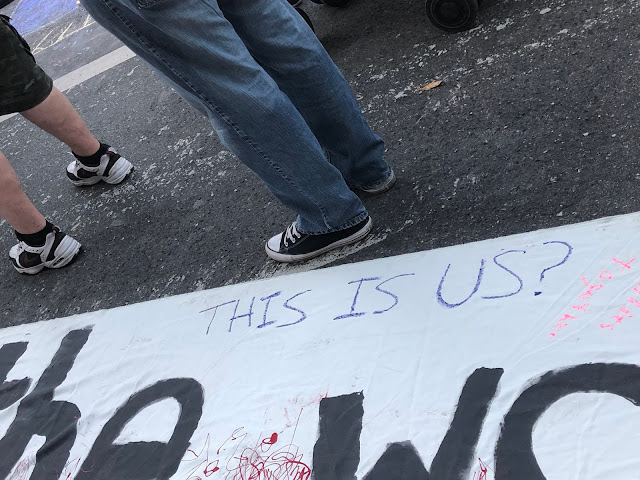 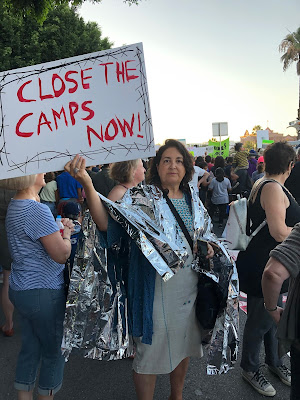 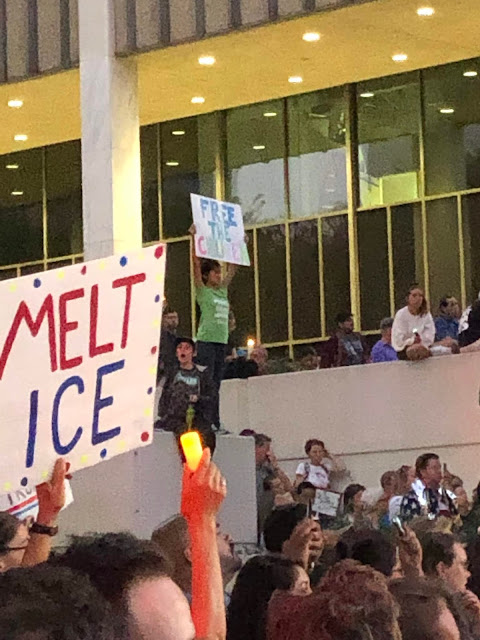 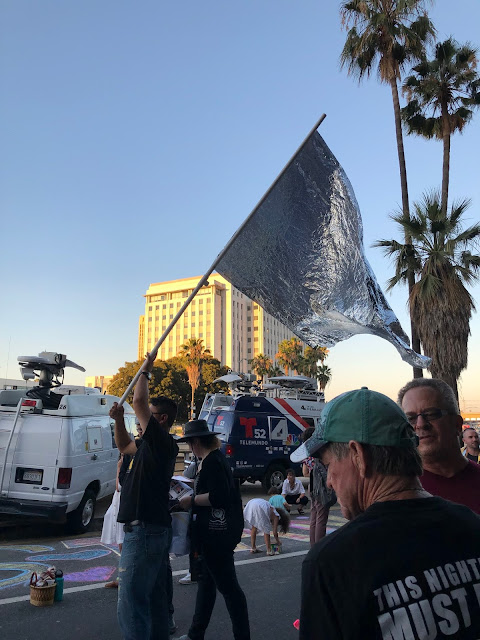 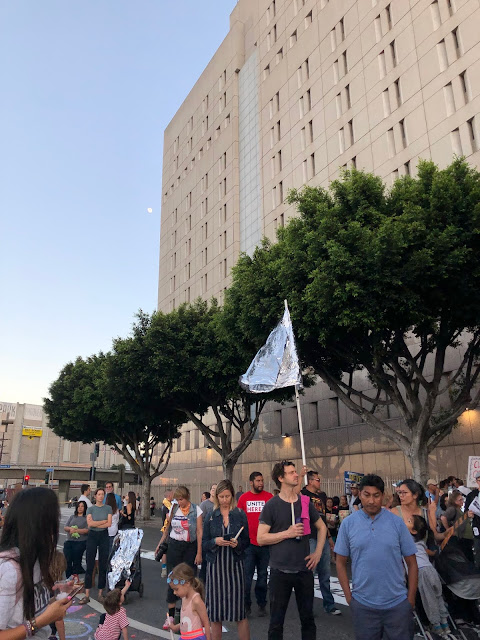 One of Sophie's caregivers, a legal resident originally from Guatemala thanked me for going, and I felt ashamed. There is much tension in our city as families gear up for tomorrow's ICE raids. 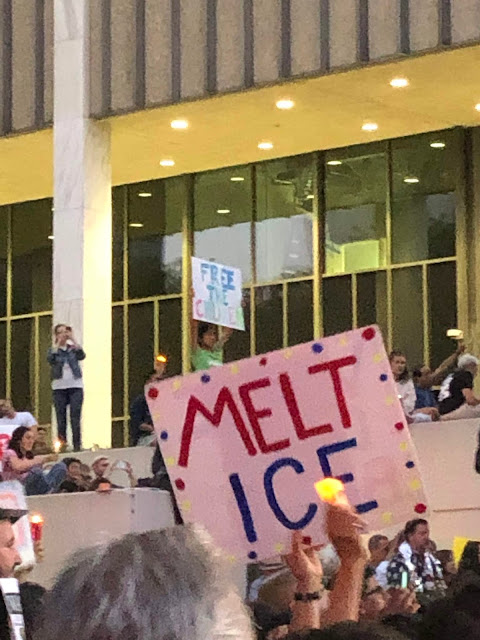 Meanwhile, Terrible America provides snacks and movies to the thousands of children separated from their families, languishing in private facilities whose boards are stocked with profit-hungry rich men, rich men who've protected one another in the vilest of ways. Perhaps the vilest of them all, the POSPOTUS, plays golf, presides over rallies and is cheered by the most ignorant people in the country. The most powerful people in the country who continue to support him have lost whatever shreds of moral authority they might have had and will, I imagine, go down in history as spineless, lacking even a modicum of integrity.

Is this who we are? 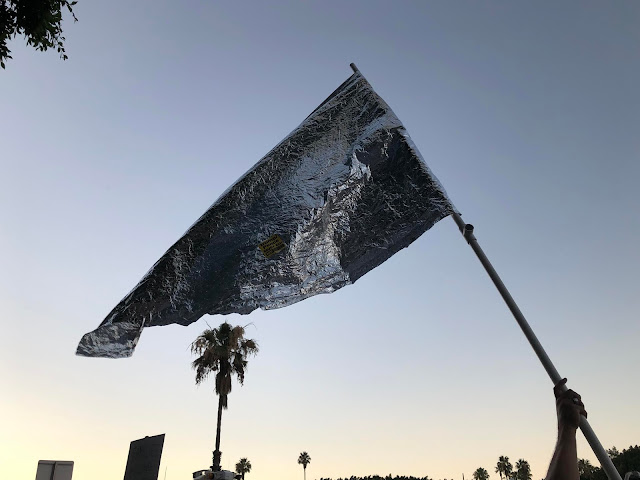 * So reported F*^king Vie President Pence after a recent "visit" to a detention camp in Texas and proceeded to blame Congress for the over-crowded conditions in the men's facilities. The photo of him and his entourage smiling their greasy smiles of paternal solicitude made me sick.
Posted by Elizabeth at 3:08 PM