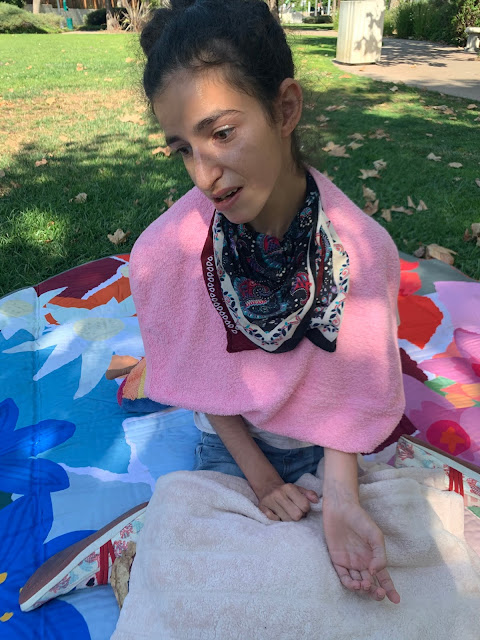 Reader, Sophie is full of grace. She's a little lady. She loves to be outside. Really, that's all she wants to do -- to be outside. She loves the trees blowing in the sky. She can't walk as well anymore, but she enjoys sitting on the ground. Her eyes light up when she's outside. There's a lesson there, I know.

I had a conversation with Nice Neurologist the other day about Sophie's resistant seizures. We never really talk about anything else. Sophie's seizure control is okay -- but it really is all relevant. What she endures and what we think is a good day or week or month is a nightmare for others. A friend recently called me for support as she'd found her four year old son under the water, seizing. He'd been taking a bath with his older brother. She called me from the hospital. Her son was okay, but she wasn't. The boy hadn't had a seizure in four years, and she was wrecked. She should be wrecked. There are few things worse in seizure world than the bathtub seizure. Nakedness and thrashing and the water a killer. Yet, he hadn't had a seizure in nearly four years. How have I watched my daughter seize nearly every day (we have had brief periods of total seizure freedom) for twenty five years? More importantly, how has Sophie seized so many times yet loves and lives to be outdoors? While I listened to the panic and horror in my friend's voice, I couldn't help but think no wonder I'm dissociating half the time while Sophie is seizing. I don't really know how I do it. How I've done it. This shit is hard. I was struck by how I know this, yet I still don't entirely rest in it. I still feel agitated or guilty that I'm not doing enough, researching enough, trying to figure it all out. Figure it all out. So, back to the conversation I had with Nice Neurologist the other day. We were in a bar playing darts. He said, What about giving her a pulse of Ativan in anticipation of her bad days? and threw his dart. My turn. I don't understand why that would help? Do other people do that? I threw mine. Well, let me think about it. I'll look into the research, see whether it's been done. He threw another dart. Our darts were all over the bar at this point, a Dilantin hanging off of the seat of a chair, an old-school Diamox wedged into the front of the bar, Ativan dangling from the back of a stool. A guy walked by pulling one out of his neck. Nice Neurologist aims but generally misses. I throw wildly most of the time, but when I really concentrate and listen to what I know, I hit the target. Or maybe it's the opposite. It's only when I throw wildly that I hit the bullseye. No amount of concentration or attachment or expectation improves my aim. There's a lesson there, I know, and it's how I do it.

I don't know why I'm telling you this now. During a pandemic when the whole country is going mad. I guess I'm encouraging you to hang in there. The whole "we can do hard things" mantra. I don't know why, but we can. Lots of people do hard things, literally all the time, for years and years and years. Something is changing, and we have no idea what's happening. I think we need to think wildly and let go of our concentration, our attachments and our expectations. I think we'll aim true that way. 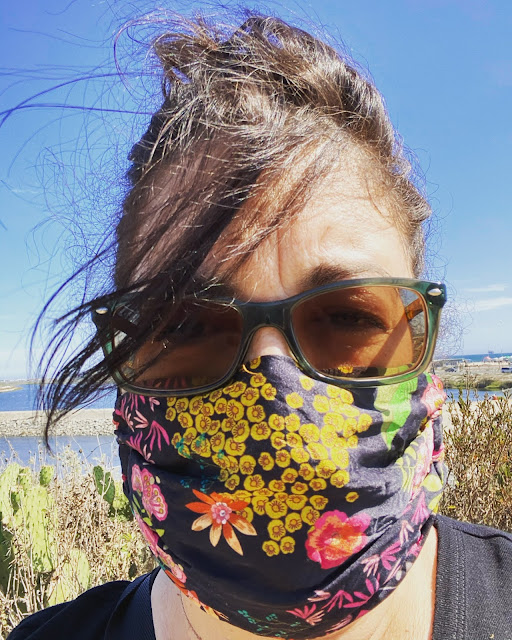