In lieu of lighting a bonfire

in the middle of the freshly mowed and Febrezed rug in The Brothers' room and thereby making my point about the effects of constant fighting, bickering, punching and disrespect between them, I put Sophie in her wheelchair and walked to the Los Angeles County Museum of Art (LACMA). It was a glorious and hot walk under jacaranda trees, and when we got there I got tickets to the Stanley Kubrick exhibit and was promptly blown away from all thought of boys and bickering and household tasks. Sophie and I wandered in and out of rooms devoted to each of Kubrick's films, and whether you're a fan or not, the experience of seeing the art of making a film was breath-taking and terribly interesting. 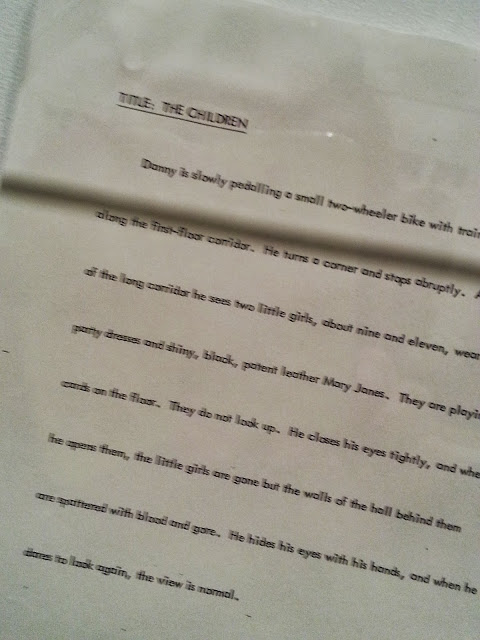 I'm a sucker for looking at this stuff -- the writing of the film-maker -- the notes and scratchings, the whole process -- even if it is behind glass and sort of goofy, displayed in a museum. 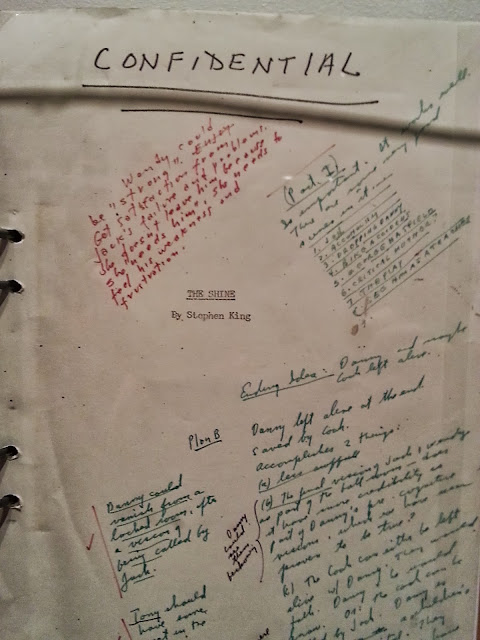 It's weird to look at the iconic typewriter that Jack Nicholson's character typed on (especially after my frustrating morning with The Brothers and the bonfire that wasn't): 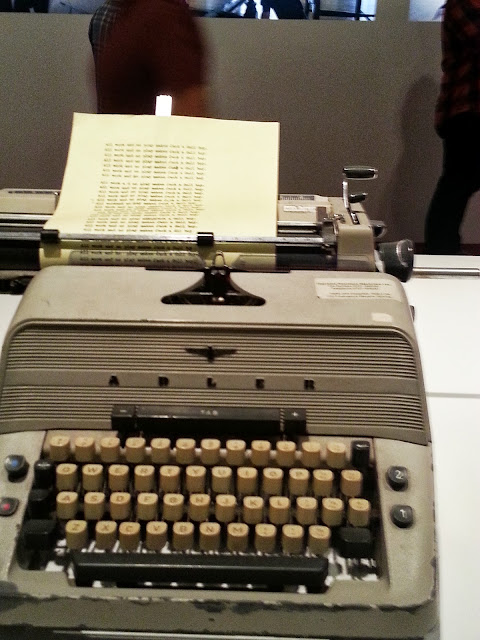 All work and no play makes me a dull --

I skirted the Clockwork Orange room: 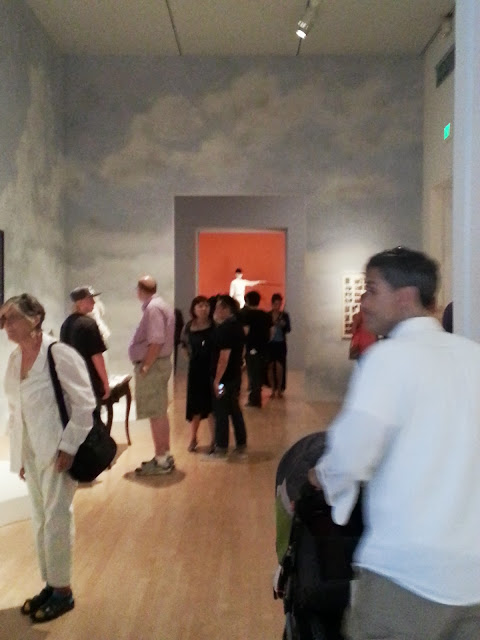 but was mesmerized by a guy in bright orange pants and a blue hat outside of it: 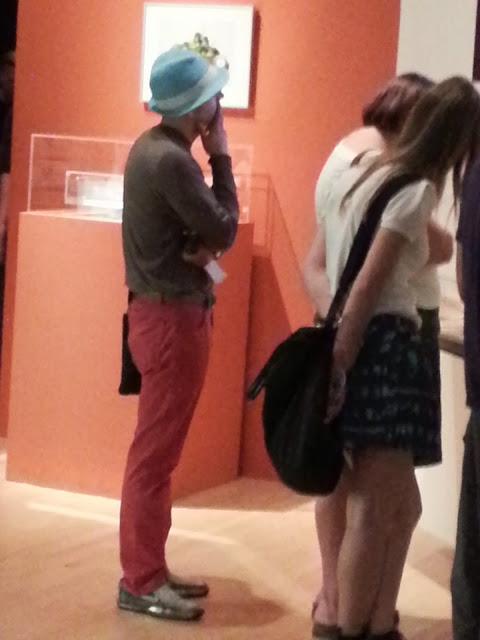 I have a mixed relationship with Kubrick films -- 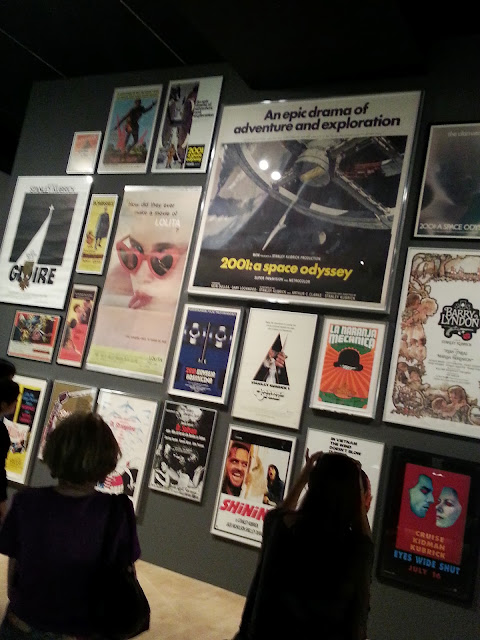 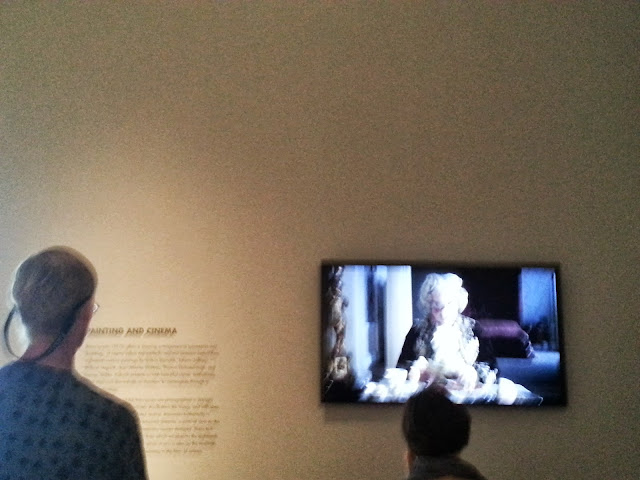 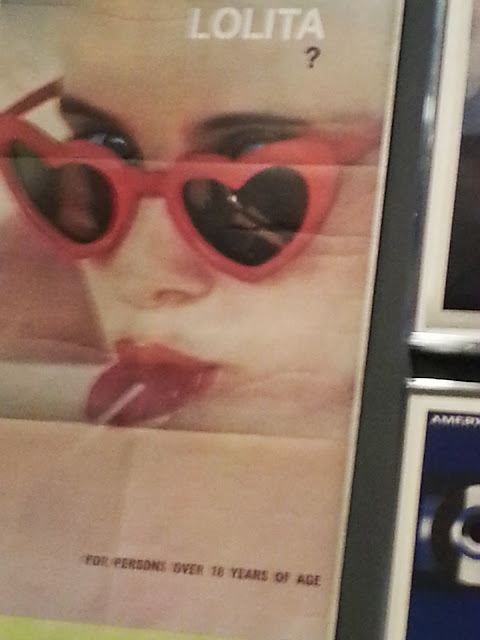 and really hate some others: A Clockwork Orange, Full Metal Jacket, Eyes Wide Shut. I can tell you, though, when and where I was when I saw each one. 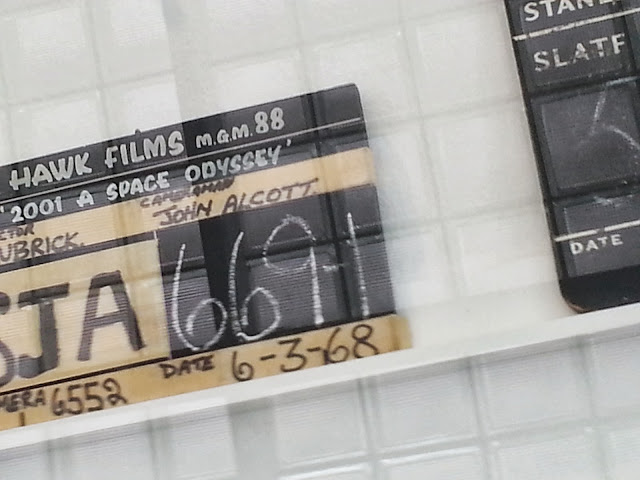 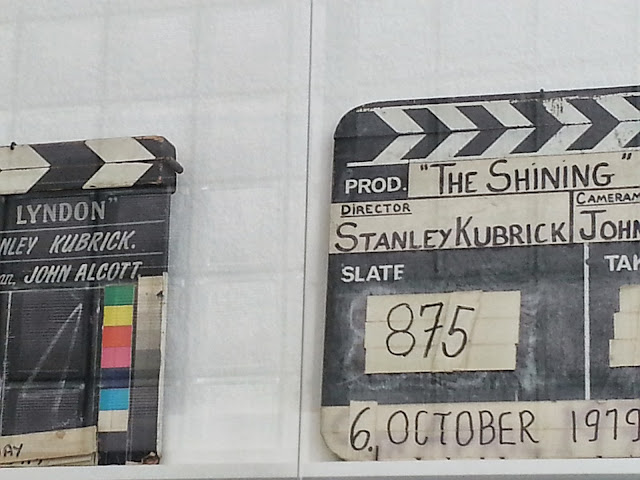 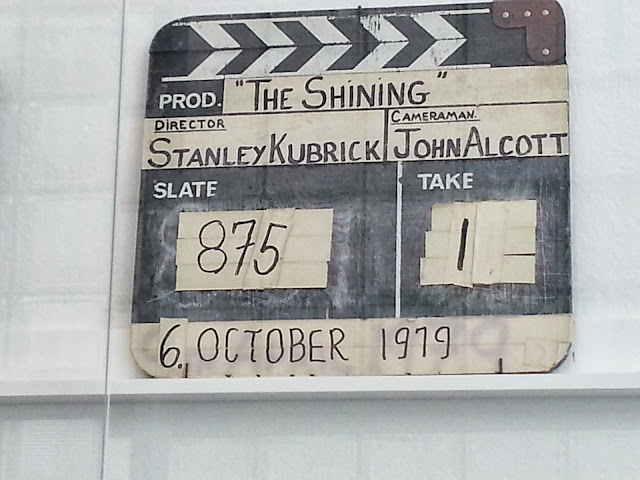 By the time I walked home, I had cooled off, and instead of lighting a bonfire, I dumped clean clothes from the dryer in the middle of their room and walked out, eyes wide shut.

Posted by Elizabeth at 4:36 PM