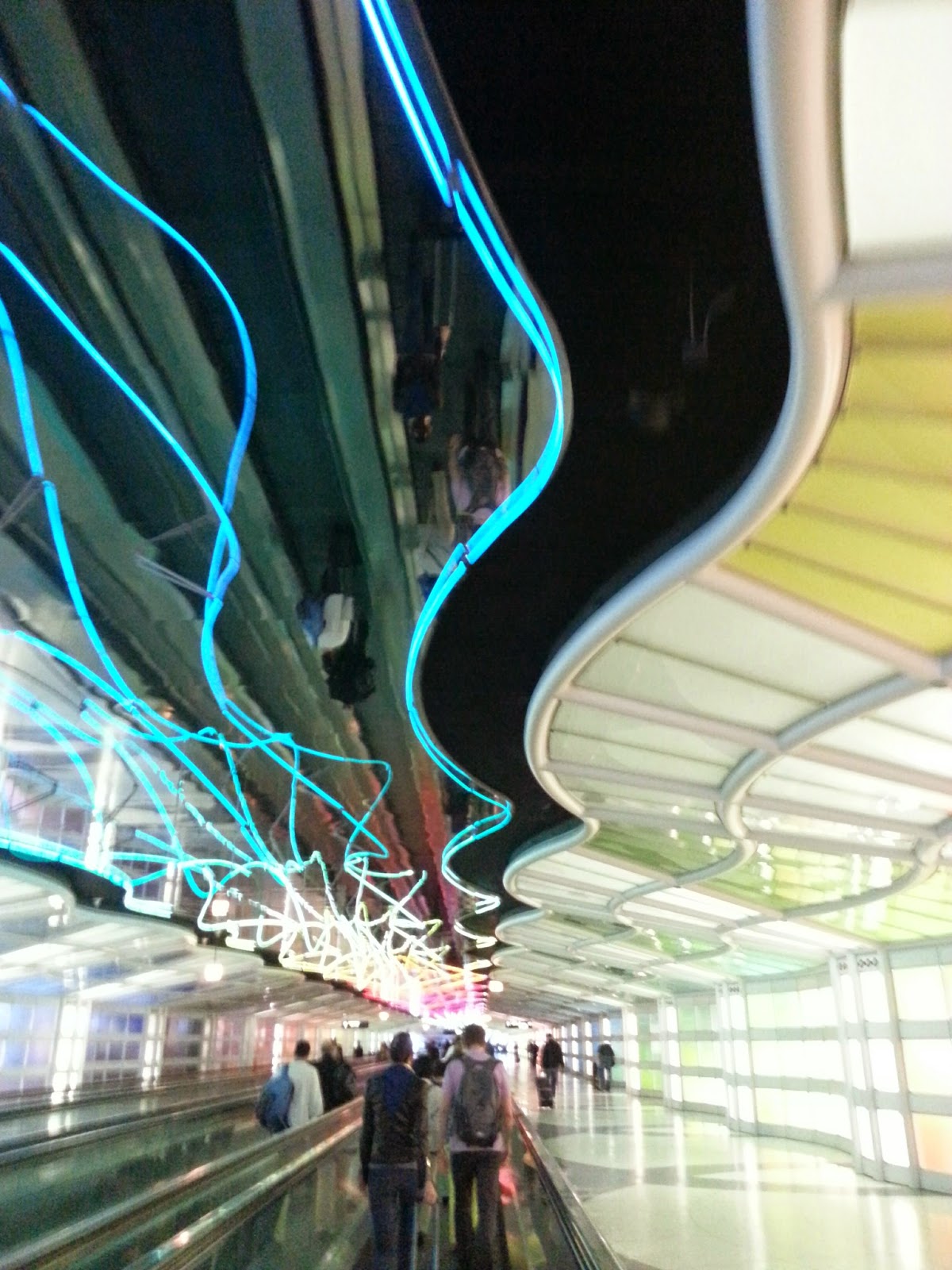 I'm in the Chicago airport. I've had a wonderful weekend with two friends from college. I've been here for five hours -- in this airport -- waiting for a plane to take me back to LAX. I've had lunch. I've walked back and forth through the tunnel connecting Terminal B and C. It's maybe cooly futuristic and maybe anesthetizing in the worst way. I've had popcorn. I've had a scoop of coffee ice-cream. I've had a foot massage in a weird little airport spa. The masseur was an enormous Michael Jordan lookalike, which might have been exciting were it not for my slightly unshaved legs. I've had a beer in a bar. Evidently,  there's a football game that I'm ignoring. I hate football. I've been reading. I read this in the wonderful novel "We Are Not Ourselves" by Matthew Thomas:

Life, she thought, was like that sometimes; for years, things were a certain way, and then, in an instant, almost without conscious thought, they weren't that way any longer, as if all the hidden pressure on their having been the way they'd been had found release through a necessary valve.

Evidently our plane is leaving within the hour. So it goes.
Posted by Elizabeth at 3:50 PM