Solving the World's Problems -- After School 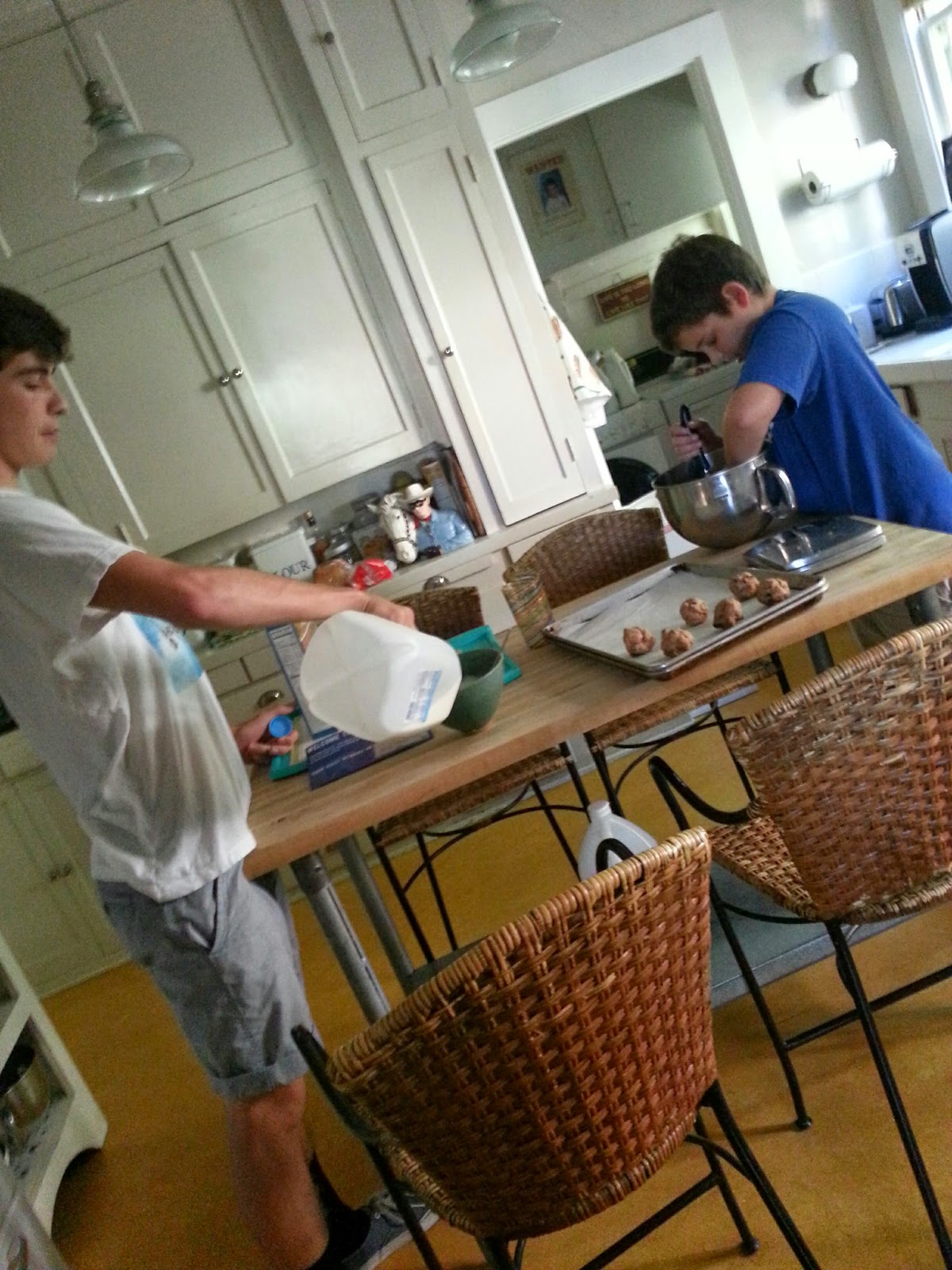 So, I feel like I have to mark this afternoon in some way because The Brothers managed to get through a just-home-from-school hour without arguing about something or another. Oliver was busy making cookies for his friend who traded a few Dodgers Bobbleheads for them when Henry came in. Henry asked him to make extra, and Oliver told him there wasn't enough and they didn't come to blows, nor did Henry mock his brother's money-making expertise or Dodger fanaticism or Oliver his brother's lack of money-making abilities or alarming ability to "misplace" the money he has. Ahem. To his credit, Henry refrained from using his size and strength and poured himself a giant bowl of cereal while Oliver chattered incessantly, as he is wont, and continued to scoop the batter that he made himself.  I hovered in the hallway, the syringe of Sophie's cannabis oil in my hand, and overheard them discussing racism and what it means when you high-five someone and say Here's to being Jews! even when you're Jewish (Oliver thinks this is annoying and wonders what people would think if he said, Here's to being white! in a room that included black people). Henry said, You better be careful, dummy, and walked over to the cabinet, grabbed a bag of chocolate chips and started to eat them by the handful. That's just gross, Oliver said, and I commented on Henry's appetite as being similar to an animal's grazing. You're like some kind of beautiful zebra, Oliver stated as I moved down the hallway to give Sophie her medicine, and he wasn't talking about me. Henry came out of his room a little later and said quite solemnly to me, This ISIS stuff is so scary, Mom, and he lay his head on my shoulder, and I patted his back. What's happened now? Oliver shouted from the kitchen, and Henry said, Nothing, just the usual, and refrained from explicating because he knows how anxious and sensitive his brother can get.

It's sort of amazing what a day of temperate weather can do to the nerves around here. I'm on an even keel, too -- even after just overhearing Oliver shout we just need to cut their weiners off, and Henry, That's just dumb.
Posted by Elizabeth at 4:22 PM

Email ThisBlogThis!Share to TwitterShare to FacebookShare to Pinterest
Labels: Henry and Oliver, it's a big world, musings, politics, The Brothers