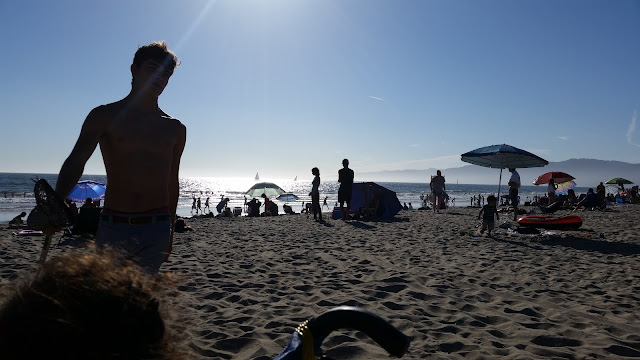 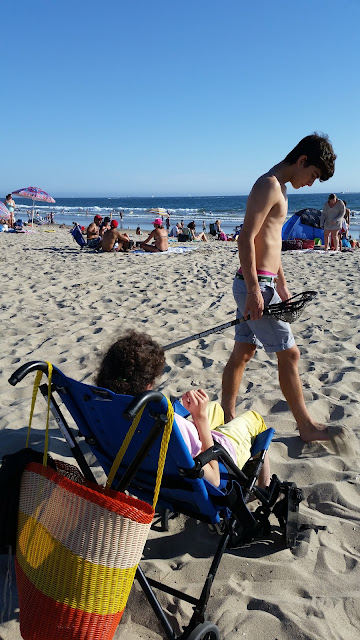 Even though he had no interest in going in himself, he obliged me and brought his lacrosse stick to practice what they call cradling. 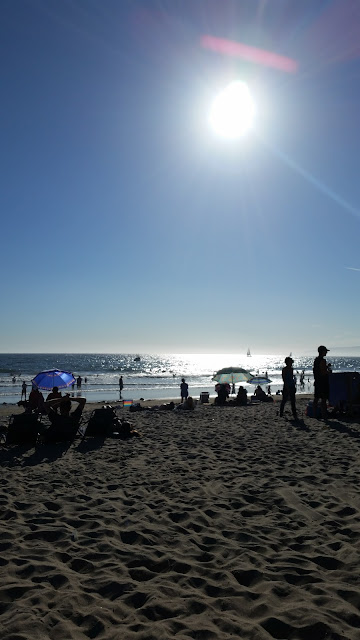 It was a scorcher elsewhere in Los Angeles today -- in fact, I went into the deep dark valley earlier in the afternoon to pick up Sophie's cannabis oil, and my car thermometer read 105 degrees. The temperature at the beach in the late afternoon was about 80, though, and the water as warm as it gets here which is still refreshingly cold. I took Sophie for a walk along the edge of the water and then in to about our knees before bringing her back up to her stroller and Henry. Then I walked down past the lovers and the mothers and the children and one small man in a bicycle helmet and what can only be called a private-parts or -- let's be blunt -- penis holder whose fabric was the American flag. I surmised porn star, such was the area and -- uh, length -- of the flag (honestly, Henry and I could not get over it), and when he turned away, it was difficult not to notice the line of stars, perhaps twelve out of the glorious fifty, disappearing into his ass.

The surf was pretty high, but the water was clear and blue and I felt immediately refreshed and replenished. Thank you, southern California. Thank you, Ocean Park. Thank you, Pacific Ocean. Thank you, Henry. 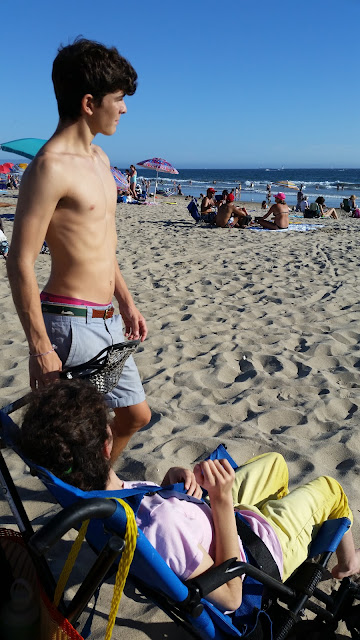