It's Gonna Be Dope 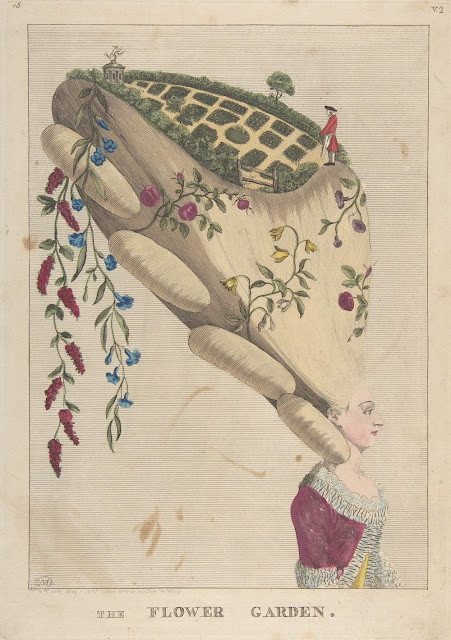 That drawing above has nothing to do with the post, other than it's an apt illustration of the state of my mind, and I'll leave that up to you to interpret as you'd like, dear Reader.


Over the last couple of weeks, we out here on the southern edge of the continent have been hearing about a swarm of earthquakes that hit the weird Salton Sea to our east, and over the last few days, there've been dire predictions that The Big One was going to hit the Los Angeles area very, very, very soon. Like by today. I got a number of notifications of this "fact" from friends and family yesterday, one while I was trying on clothes in a Target dressing room that prompted me to quickly put my own clothes back on, search for Oliver in the gaming section, acquiesce to his request for a box of Fruity Pebbles cereal and make a bee-line out of the place and into my car and out of the underground parking garage with visions of its exposed pipes and Best Buy electronics crashing through and onto the roof of my sexy blue Mazda.


Here's a text I got from Henry this morning: 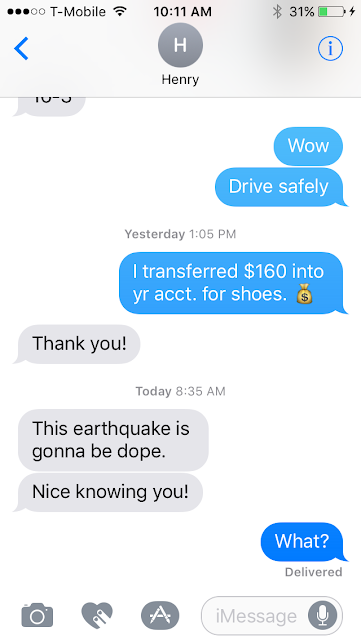 On the plus side, I'm so desperate to find a meaning for Sophie's recent decline that I'm thinking the swarm of earthquakes and impending Big One might be the reason for it. This kid's brain is incredibly sensitive, so who knows -- maybe she senses the earth's discomfiture? There's a strange and apt parallel between earthquakes and seizures. Warnings of earthquakes are a bit like medications for seizures -- both giving us the illusion of control. When I'm not lying in bed in the hours before dawn, one part of me going to the dark side, as my dear friend likes to say,  I am busy trying to figure things out, go through variables, talk to the wise people I know, meditate and stay calm. I've learned some degree of equanimity over the last twenty years despite the imminent threat of destruction nearly every single day, so I guess I'll keep at it. And while I wish that The Teenager could have at least written how much he loves me for being the best mother on the planet, I'm encouraged by his attitude.