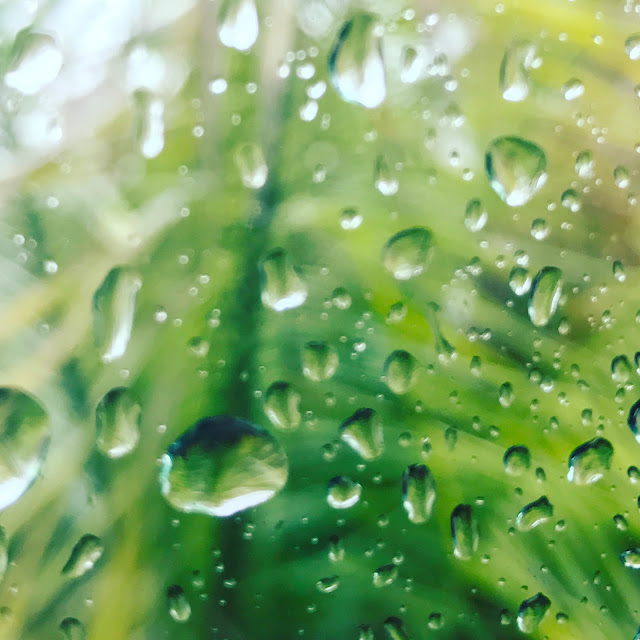 The most terrible possibility of the post-inaugural world—the one most feared by many people I know—is a serious increase in hatred, violence, misogyny, homophobia, racism, and xenophobia, the usual forces that lie sleeping in any mass society, and when stirred up, can give rise to forms of fascism. I realize that fascism does happen. But I refuse to assume, absent hard evidence, that that’s where we are headed. My guess is—and my hope and faith is—that the quotient of blind hatred in America will remain more or less the same, and that in the end basic human decency will rule the day.


I'm finding much to ponder on this gray, rainy morning. I really like these articles on the Buddhist site Tricycle.

Last night I finished reading Bluets a remarkable book by Maggie Nelson. I'm back into The Girls by Emily Klein and Tears We Cannot Stop by Eric Dyson. The novel is an easy but well-written read, and the non-fiction is sobering but necessary, I think, for those of us who are privileged and white.  I'm trying to stay off Facebook a bit -- not shutting it out entirely because I actually enjoy staying engaged there, but it also kind of exhausts me and I have some free-lance work to do and a manuscript to prepare for an editor (!).

I hope ya'll are surviving. The hard work remains, doesn't it? Exhausting but necessary.

If you haven't signed up yet and wish to continue the work, Daily Action is an easy way to do so. You can sign up for daily action texts here. Today's action is to urge your senator to oppose modern-day robber baron Steven Mnuchin as Treasury Secretary. Daily Action makes the whole process of doing something every day very simple and streamlined. If you live in a conservative or swing state, it's so important to keep those phones going. If there's one thing that this election cycle and new administration has propelled, it's activism for progressive causes -- the real thing and not just lip service. I like this quote from one of the Buddhist articles that I linked to above:

For many decades American politics has been becoming increasingly spectacular in the literal sense of that word: like a spectacle, a show. Maybe Trump’s expertise as a reality TV star, and the consequences of his style, will finally inspire us to stop being spectators and begin being citizens. This is my hope. As citizens we will have to pay less attention to political hype and more attention to actual political details. We will have to be better informed and more critical. We will have to determine when it is effective and crucial to respond to events by writing, posting, agitating, and organizing. We will have to call local and state representatives, registering protests as necessary in the spirit of dharma: consistently, patiently, peacefully, and with respect for all. There will be many opportunities for creativity in our political expression. Staying close to our practice will help us to seize these possibilities.