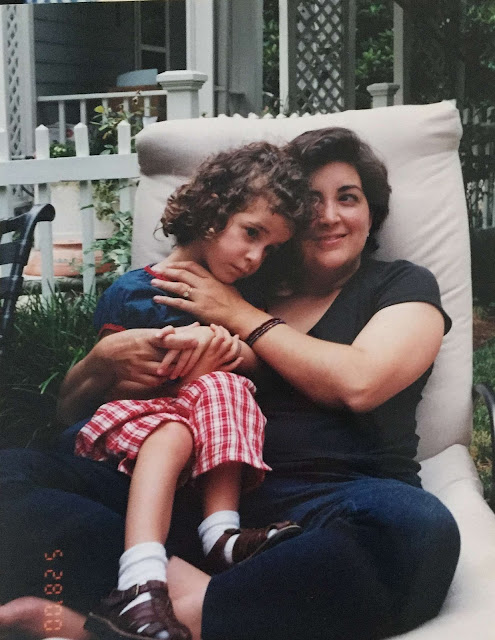 Blind belief in authority is the greatest enemy of truth.

Sophie attended a wonderful preschool over at UCLA. There were two kids in her class who also suffered from refractory seizures. The two kids were just a couple of years older than Sophie, and their mamas were rocking brave and powerful. When they heard about a new medical implant device called the Vagal Nerve Stimulator, or VNS, they researched it and talked to their neurologists about it and ended up flying to Ohio, I recall, where the company that had created the device, Cyberonics, was implanting it. I remember that not many children had gotten the device yet, but it looked promising, and we in the Refractory Epilepsy World were  quite used to having treatments thrown at us that were, if not experimental, than approved for use in adults or whose mechanism of action is unknown. I'm only telling you this part because I want you to know how long I've known about the VNS -- since its earliest use, even -- and how this whole thing that we call the treatment of refractory epilepsy works.

We are strong and brave and desperate people.

I learned over the years that while the VNS could be helpful, the efficacy rate wasn't that great (the usual 33% noting "improvement" statistic) and, combined with the possible side effects, I never felt any compelling reason to try it on Sophie. I think I was quite sick of the whole shebang by the time it came around, but not quite at the point where I vowed to never try a new drug unless Jesus Christ offered it to me.  I never had a good feeling about the device, never really spoke to anyone who had gotten it (and I knew A LOT of people who got it) and was glad to have done so. I was probably also overwhelmed and lazy about it, too. I heard some horror stories, but there are horror stories for literally every single epilepsy treatment, including the ketogenic diet (which was a horror story for us, too).

There is one epilepsy treatment that I've never heard a horror story about, and that's cannabis, but that's another post.

Not a single neurology appointment passed without mention of the VNS. I'm dead serious. I laughed off or declined the VNS suggestion every single time it was trundled out by both beloved and barely tolerated neurologists over the twenty or so years that device had been around. Most recently, I learned that Sophie's old neurologist, whom I used to call The Neurologist before I fired her, has been paid by the company that manufactures the VNS which was an explanation, I guess, for why she suggested it in every single appointment we had with her. Honestly, if you go over to the right side bar and search for the VNS, it'll come up numerous times as part of my conversation with The Neurologist.

These folks are throwing darts.

Where am I headed?

I was also going to tell you about my oft-irrational but actually hard-won and some would say earned distrust of the Medical Industry (emphasis on the word industry, so don't jump in here with your exclamations of all the good and wonderful caregivers in the medical world), particularly when it comes to the authority of the CDC, the almighty FDA and other Powers That Be. I had a bit of a tiff over on Facebook (like a fly to shit) about the flu vaccine. I object to the mainstream media pushing vaccination policy as a morality play. You know what I'm talking about, and I'm not going to belabor it here. Some woman with whom I was engaged in this ridiculous Facebook discussion finally had the last word with a patronizing Okey Dokey, and I let it go. Because, you know, Science is infallible and The Powers That Be are to be trusted, and if you don't you're anti-science and a crazy person.

Wait. Where was I headed? I'm off track.

So, this is where I was headed:

Are Implanted Medical Devices Creating 'A Danger Within Us'?

If you can't listen to the whole segment, read or at least skim the transcript because it's mind-blowing.

Especially the VNS and epilepsy part.

* or the Vagal Nerve Stimulator