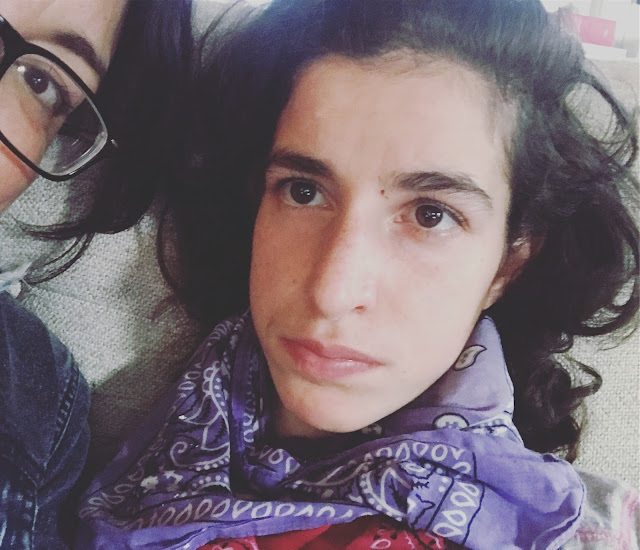 Sophie walked down the street today -- nearly the whole block -- and back to our house, leaning only lightly on my arm. She hasn't walked that far in months, and I'm going to say that it's because she has been taking CBDA for over a month (since her last hospitalization), and I've reduced her Onfi again. She's now down about 50% from the amount she was taking last year at this time, and we're going to keep on going.

The backdrop to this is, of course, the recent roll-back of Obama-era marijuana rules, a "return to the rule of law" according to Attorney General of the Disunited States of America Jeff Sessions who is, in my tiny little mother mind,™ one of the biggest PsOS now running the country. He is correct that the federal rule of law maintains that marijuana is classified as a Schedule 1 substance and is of no medicinal benefit with that designation. Reader, I'm not going to write about this all over again. You can put medical marijuana or cannabis into the search engine over there on my righthand side-bar and pull up dozens of posts that I've written over the last five years or so.

What I am going to tell you about tonight is the SIT-U-AH-SI-ON we here in California face now that our state has passed a bill legalizing recreational marijuana. 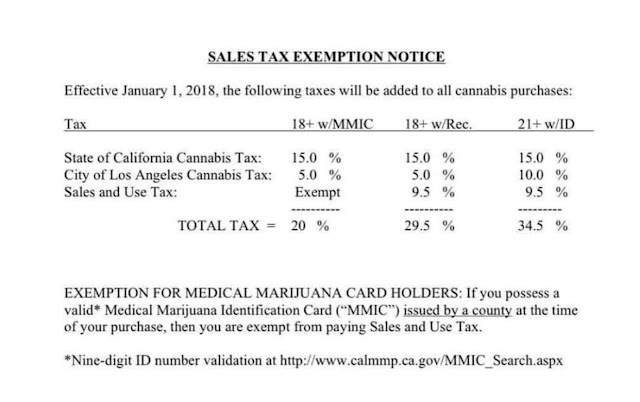 Here's the thing. Sophie's medicine will be taxed at 34.5%. We will save 9.5% in taxes on her medicine if we make a trip to the Medical Marijuana Program in Baldwin Park, CA to get her a Medical Marijuana Identification Card (as opposed to just the regular doctor's recommendation), but we'll still be paying a 20% tax on her medicine each time we make a purchase. To put that into perspective, consider that the pharmaceuticals that have poisoned her for more than two decades are tax-free purchases. With legalization in California, cannabis is now subject to so many regulations involving licensing and shipping that we're sort of scrambling with shortages and access to products.

What does this mean? I imagine you're wondering, isn't making marijuana legal a good thing? Isn't that what we've been fighting for and working our asses off to get? Won't it be a wonderful thing to fill up the California coffers with cash?

Honestly, I don't think the California legislators or the general population that voted to make recreational marijuana legal give a flying foo-foo about cannabis as medicine. I imagine that most don't even believe the claims of medical cannabis patients or even experts. I had sort of a PTSD response to that tax chart the other day, when Dr. Bonni showed it to me. It reminded me of this drug Sophie was on back in the clueless days of the 20th century when I was desperate enough to try anything that The Neurologists suggested. The drug was called Topamax, approved for migraines in adult patients in late 1996,  but we gave it a whirl. Sophie quickly became, literally, anorexic as well as that neurologist-generated euphemism called irritable (meaning psychotic screaming all hours of the day). I'm only telling you this story because I can't tell you how many times I heard about people with migraines using it successfully and staying on it for extended periods of time because they loved the weight loss factor! Maybe only the seizure folks out there reading this will get what I'm saying, understand why I kind of broke out into a sweat when I looked at that tax chart. The tiny little mother mind™ is disturbed as well that after giving one mighty fine speech last night at an awards show, Oprah Winfrey is being extolled as a presidential contender.

Holy moley. This is where we are now?

Many do care, I guess, about cannabis medicine being affordable and accessible to everyone, but many don't. I imagine those legislators, with a few exceptions, just buckled to the Powers That Be, with dollar signs lighting their asses, and that's not a cynical thought. It's borne of experience. The whole shebang is a clusterfuck of gargantuan proportion.

Posted by Elizabeth at 6:40 PM