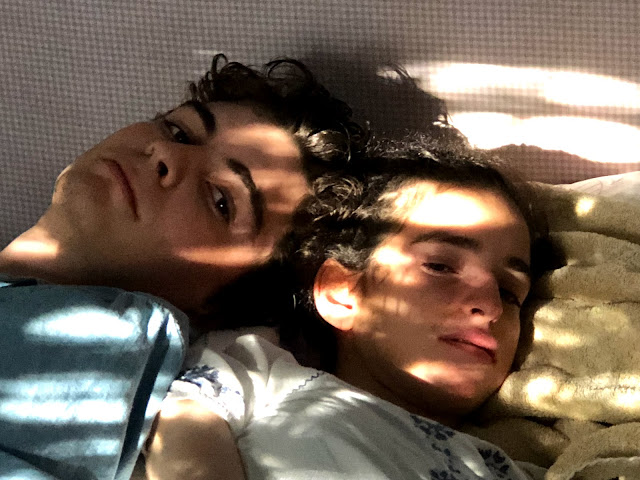 Henry turned twenty years old yesterday. He, like Oliver, doesn't have much to do with Sophie these days, yet the love is there. It's always been there. Sophie loves Henry so much that I can actually feel it.

I feel like writing off of this today, a day where everything is fraught with symbol.

I read this just now on the Paris Review website, thrilled that the French came easily to me:

They were written in 1959, in the diary of 23-year old Argentinean poet Alejandra Pizarnik.

(I would like to live in order to write. Not to think of anything else other than to write. I am not after love nor money. I don’t want to think nor decently build my life. I want peace: to read, to study, to earn some money so that I become independent from my family, and to write.)

With news of a con-woman in what passes for the literary world these days, I'm staving off cynicism that the whole thing is a racket.  I had an encounter with her some years ago on Facebook. She made derisive comments about those who don't vaccinate their children -- something about morality. I objected and as I so often do after exchanges like that, receded. Wary.

Sophie had two seizures this morning before 6:00 am. Brief, yet. Yet as an operative word because -- you know -- a seizure is a seizure. There's a full moon coming, yet. It's all where you place a word. Yet, we are not supposed to attribute seizures to full moons.

Posted by Elizabeth at 8:22 AM