An Elegy for Elizabeth Warren and Don't Go Off Menu 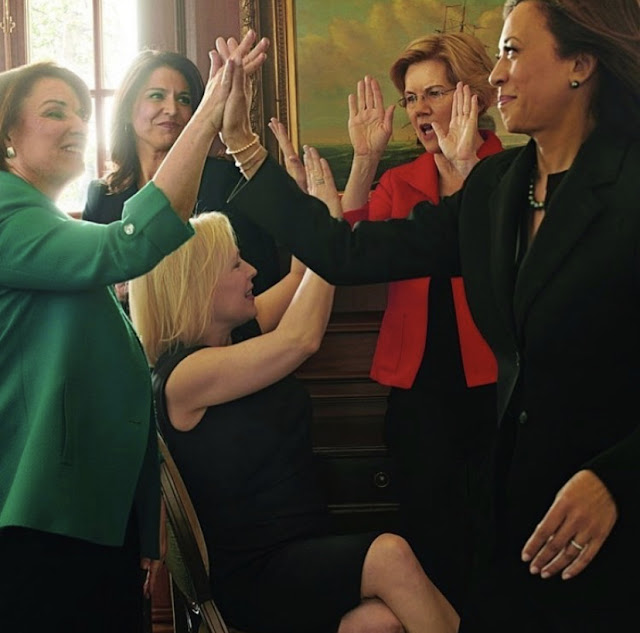 We interrupt yesterday's tiny mind tidbits, apple licking and POSPOTUS supporting and bashing to bring you this excellent reading:

An Elegy for Elizabeth Warren

I was curled up in a fetal position for much of the day, mournful of Warren's exit and the looming prospect of having to vote for either Biden or Sanders, but I've put the proverbial big-girl panties on and am getting on with it, it being fighting for what's right for those most vulnerable for the country for the earth and all those who live on it.

I also encourage you to read Warren's speech to her staff. It will give you hope.

Take whatever money you’d budgeted for beating Trump, and split it in down the middle. Give half of it to local candidates who catch your eye. Give the other half to an organization (or a few) that will exist past Election Day 2020. Focus on groups that work with local candidates — we humbly suggest our own group, Run for Something, of course, but any will do — or groups that engage young people and/or communities of color. Give to organizations that do deep relationship-building in states that a presidential campaign is never going to organize in because the Electoral College doesn’t incentivize it. If you can afford to, make your donation recurring and plan to let it run into 2021.

Also, this from the same article:

Whether you vote is public, but whom you vote for is private. It’s your right to cast your ballot for whomever you prefer. But especially if you’re a person with any kind of privilege, you have a responsibility to think beyond your self-interest. This election is about the most vulnerable among us who need you to be an ally. While it might be tempting to take a principled stand and not vote, the facts are what they are: The general election will be between Trump and the eventual Democratic nominee. You don’t get to go off menu. The people who will be most harmed by your failure to vote against Trump are people who are already seriously hurting — that is a responsibility to take seriously, especially if you live in one of the battleground states where the margin could be dangerously close.

When fighting time is on, I go

With clap-net and decoy
A-fowling after goldfinches
And other birds of joy;

I lurk among the thickets of
The Heart where they are bred,
And catch the twittering beauties as
They fly into my Head

Posted by Elizabeth at 6:24 PM