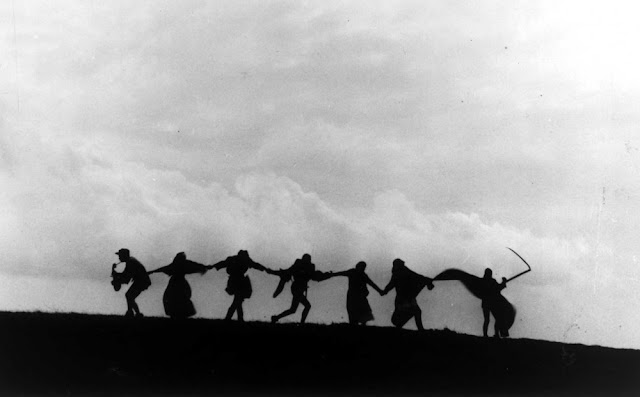 Just a thought among many, but it seemed entirely fitting that Max Von Sydow died yesterday. In my other life in the last millennium, I watched the film The Seventh Seal with the boy I loved at the time (which is all time because love is eternal) and my head blew up and rearranged itself into what would be the beginnings of the head I have now in this millennium. If you haven't seen The Seventh Seal, I don't know what to tell you. It's beautiful and dark yet funny. Max Von Sydow plays a Knight returning to his home after the Crusades, that charming time of Catholic hysteria. He travels with his goofy squire and both wash up arrive? on the beach in Sweden where Max plays chess with Death. There's also a sweet blonde family of traveling actors with a beatific child and at some point they meet up with the Knight and the father sees him playing chess with Death and knows what's going on and who's going to win so he flees with his wife and his child and the Knight uses the chess game to distract Death so the family can get away. And all throughout are scenes of plague-riddled medieval Europe with all its heavy and horrifying religious symbolism and ignorance and it's dark but also threaded through with great humor and beauty that like I said will rearrange your bones your dry bones and almost make you believe in revelations. 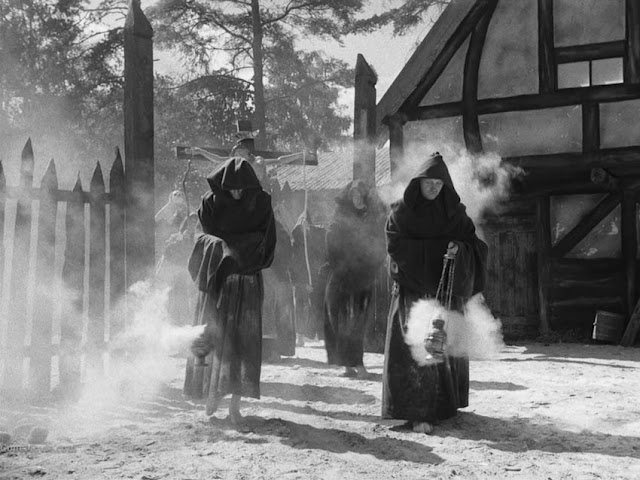 And when he had opened the seventh seal, there was silence in heaven about the space of half an hour.

I'm thinking about this movie and the perhaps pandemic Corona virus and the combination of
(1) over thirty years of anti-intellectualism in this country, (2) our horrific health care system that is based on profit and runs on the illusion of "progress" but will surely be overwhelmed when everyone else (I say everyone else because those of us with chronic diseases or disabilities have known this for a long time) floods it and the Medical Industrial Complex shows its true motives and (3) the Idiot Piece of Shit In Chief. I'm thinking about those three things and wishing Max Von Sydow a rest in peace. No one challenges Death and wins but some sacrifice themselves for others, and that's what we must aspire to do. My head re-arranged itself after I watched that movie so long ago with the boy I loved, a boy who told me Love never dies. It just goes underground.


The video is on YouTube -- click on the link where it says to watch it. It's not even in English, which is perfectly fine. You'll get it.
Posted by Elizabeth at 9:14 PM