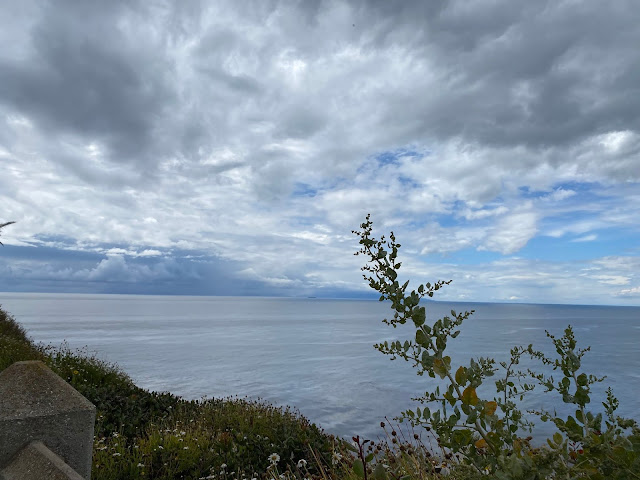 It rained for days here in southern California. Tomorrow it's Easter, the day that our POSPOTUS predicted would be a fine day for all of us to pack the churches. My aim is to not come right out and condemn/blame/call out but to note things, observe things, state the facts, ma'am. The facts include nights of very weird dreams, including one the other night with James Dickey characters, the threat of death in the back-seat of a truck, joints passed around and me smoking for the first time in thirty-five years to avoid whatever torture was coming my way and then the cab of a school-bus moving in slow-motion right into the truck with me. What the hell?

Reader, have you been cooking a lot? If so, what? Last night I made roasted chicken thighs and carrots. They were seasoned with Za'atar, lemon, salt, pepper and olive oil and when still hot dumped on a bed of greens. So, so good. I think the recipe was from the New York Times food section, something that I'm a tad obsessed with --

Reader, have you been reading? I just finished Lily King's new novel Lovers and Writers and am now reading Louise Erdrich's The Night Watchman. I also read Glennon Doyle's Untamed and will read Gabriel Garcia Marquez' Of Love and Other Demons that I think I read back in the last century, but I can't be sure. In other book news, I've started a project of cataloguing my books. My sons are horrified, but it feels to me as if it's the closest I'll ever come to being a librarian, and that's one of my main regrets (along with not learning to surf and vaccinating Sophie with five vaccines when she was two months old). The Bird Photographer made me an Excel sheet with categories: Classics, Fiction, Non-Fiction General, Poetry, Memoir, Biography, Art and Cooking. Also Location: Bedroom, Dining Room, Living Room, Hallway, Bathroom, Kitchen. I read an interview with Fran Leibovitz last night who was described as living in a NYC apartment with 11,000 books. This thrilled me.  I've also been slowly catching up on articles in "The New Yorker" and highly recommend the issue about the pandemic, especially a strangely comforting one written by a guy who was quarantined with his family in China during theirs. I'm finished with spring break this weekend and begin teaching online again next week. I am so grateful to have a job right now. So, so grateful.

It's a weird, weird time, and I find myself only able to watch two episodes of any given series on the TV in any given day. I did watch all of "Unorthodox" which, of course, reminded me of my days teaching at the religious school. I feel rising bile in my throat at all organized religion, though, and I have to calm myself down even when I see it/god invoked for people dying. Prayer works, they say, or I will pray for you, him, her, and here comes the acid. I am old enough to know I must observe this impulse toward hatred/disgust/contempt as being more about me. Why does any mention of religion right now bother me so much, make me feel so angry? I think I have enough Catholic in me -- however shredded -- to feel guilt and even shame that I just don't believe and then there's just plain, old-fashioned longing.


It's weird how when you're wearing a mask and smile at someone walking toward you, you don't know if they know you're smiling, but Oliver and I experimented and realized that our eyes smiled and that we could just tell.

Speaking of The Bird Photographer (earlier), I want to tell you a little story that he told me the other day. He was walking down in Santa Ana at a beautiful point that overlooks the Pacific, a place where falcons nest and fox kits frolic (I'm not kidding), and everyone at this point is wearing masks and social distancing and so on, but as he was walking, a woman walked by him yakking on her phone, and she said, Well, it's because The Blacks don't ever go to the doctor, and he said that he couldn't believe he'd just heard that but he knew he wouldn't/couldn't say anything because it wouldn't have been good. A black man can't berate a white woman. I said, If I'd been there, I would have picked up the closest rock and sharpened my tongue and then just lit into her.

Miracle FishI used to pretend to believe in God. Mainly, I liked so much to talk to someone in the dark. Think of how far a voice must have to travel to go beyond the universe. How powerful that voice must be to get there. Once in a small chapel in Chimayo, New Mexico, I knelt in the dirt because I thought that’s what you were supposed to do. That was before I learned to harness that upward motion inside me, before I nested my head in the blood of my body. There was a sign and it said, This earth is blessed. Do not play in it. But I swear I will play on this blessed earth until I die. I relied on a Miracle Fish, once, in New York City, to tell me my fortune. That was before I knew it was my body’s water that moved it, that the massive ocean inside me was what made the fish swim.Ada Limón (2015) 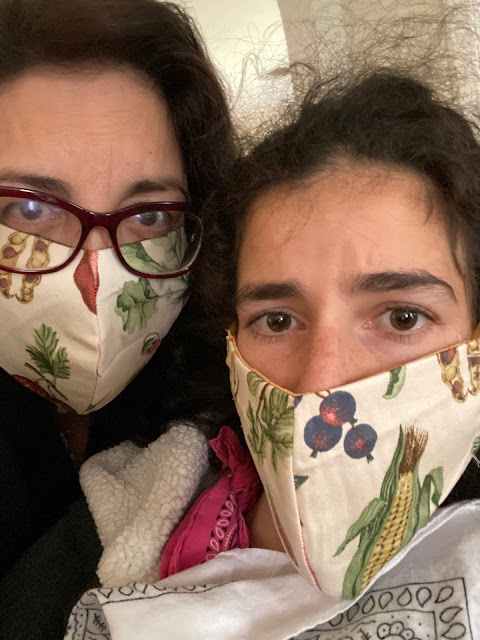