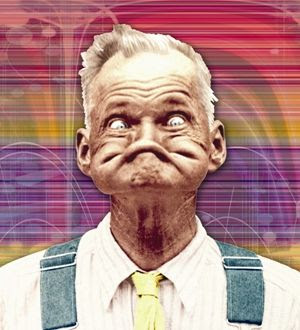 I know why I'm dragging around these days (not ragging, dragging). It's because I haven't exercised, really exercised, in months. I've done some yoga here and there, lifted Sophie up and into the car and onto her bed countless times and run around like a chicken with her head cut off on various errands, but I haven't really broken a good sweat in ages. I know this is bad, terrible for me. I feel it in my knees, in the added weight on the scale, in my levels of equanimity and irritability.

And I'm going to start. Soon.

In the meantime, I dragged myself around Hollywood with my boys and my niece and the babysitter's son. My niece is visiting from out-of-town and Henry suggested that we go to Ripley's Believe it or Not museum. I've put him off on this expedition for what seems like years. I've even bought him the book with hope that it would suffice. It hasn't so I caved today, and off we headed to the heart of Hollywood.

On the drive over I wondered if ten going on eleven years makes one particularly chatty. Henry is very loquacious these days and always cheerful. Conversations are a bit one-sided and go along the lines of this:

If you could drive a motorcycle would you? Because I think I would get one. Maybe a red one. And maybe I could drive you, too. Do you think I could get one one day?

And so on and so forth. I'm exhausted just recounting it, actually (and you must be bored out of your mind if you've gotten this far). It's unlike the mindless chatter of a toddler where mmmming and nodding seem to suffice. Where you can basically say just about anything to appease and distract. You can pretend to be listening even when you're dragging.

But not today. The chatter went on and on, all the way to Ripley's and it was all so incredibly CHEERFUL. Every now and then I wanted to shout SHUT UP FOR A SECOND, PLEASE! And then I felt terrible, like a horrible, no-good mother. The poor kid was so excited to finally be going to Ripley's and his enthusiasm on any other day would be a beautiful thing.

To make a long story short, we got to Ripley's and the boys HATED it. It was SCARY, gruesomely so, and as I ushered them through the rooms displaying various forms of torture and bloody accidents that people had survived BELIEVE IT OR NOT, I kept saying, Turn your heads, cover your eyes, don't look!

And the whole cheesy outfit cost me almost $50.

On the ride home, Henry asked very cheerily are we going to Universal Studios later this week?
Posted by Elizabeth at 7:21 PM