I feel a vague unease nearly every single day. Jumbled, confused, unhealthy. I know that it has everything to do with change and unrest, and somewhat to do with Sophie's seizures that creep up and over her two medications. I feel blurry and strong only in my will to push it away, to get through. 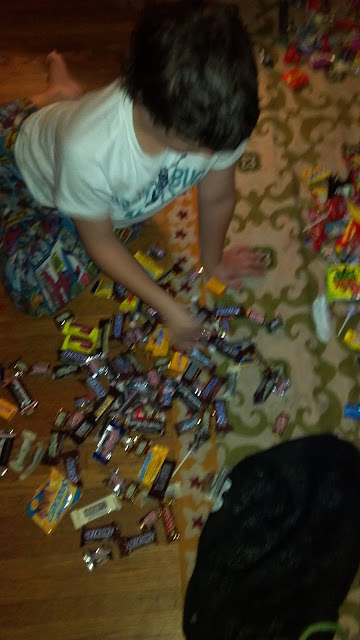 Is ill-sorted a word? Is it an adjective or a state of being? 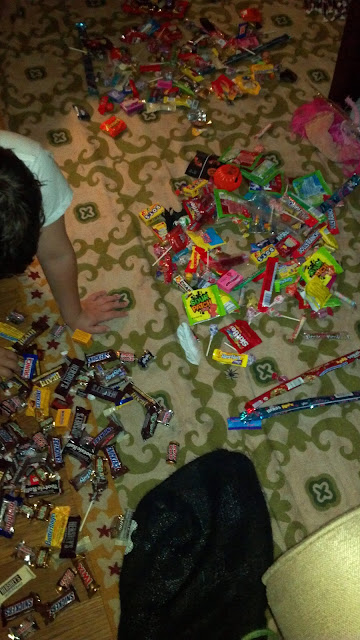 As my boys sorted the grotesque amounts of candy that they got last night, I didn't have to force a smile, as it wasn't that long ago that I'd sat with my own sister on the floor of our living room and gone through the candy, excitedly. It was a long time ago, though. It was several lifetimes, ago, I think -- a time of literal sweetness and utter innocence, a childhood ordered and neat. 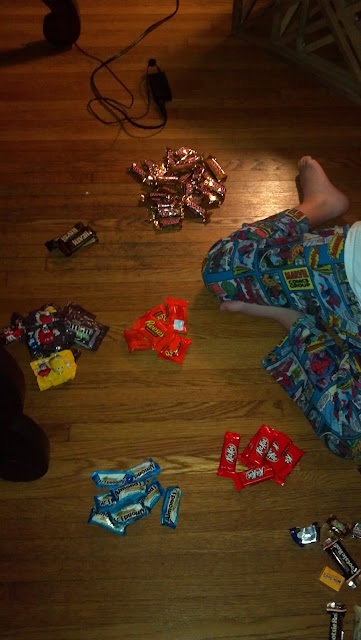 I talk with other parents of kids with disabilities, and we nod our heads at this time before, before it happened, before we became who we are. I know at this half-way point in my century, I feel a near-constant yearning, not so much for the past, but for the before. It's a yearning to remember and to feel like that, like I did before. It takes enormous concentration to do otherwise, to be mindful of now, of the present, to be informed by what is. I can sort out the future and feel no fear in the un-knowing, but the present and the past are tangled, both cloying and seductive,  ill-sorted.