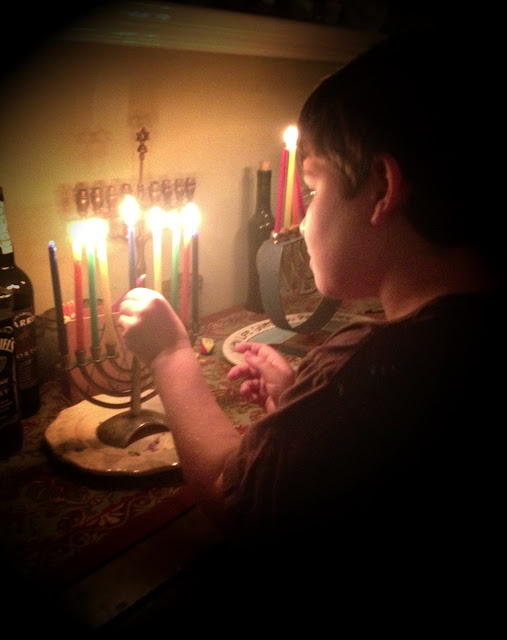 Instead, I'll sigh. I'll wring my hands, tighten my lips and toast coconut. I'll wipe Sophie's drool and wonder whether her weight gain is causing the step-up in seizures and whether I might need to adjust her medication. I'll be grateful again that The Friend Who Loves Jane Austen made it safely to Los Angeles with Sophie's medication in hand. I'll admonish Henry and Oliver to clean up their room and separate their darks from their whites. I'll sit at the dining room table and help Oliver to trace out the rooms in his house, 1 cm = 1 inch, while Aimee Mann sings of snow and Christmas, the twang of guitar merry and bright.
Posted by Elizabeth at 1:59 PM