Love It Or Leave It 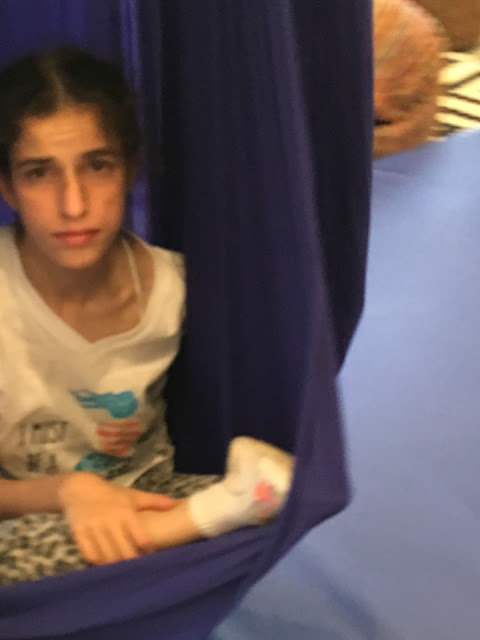 Remember that saying? I think it's what the conservatives said to the protesters in the sixties. Not a day goes by that I don't think about where I'd like to move if I could move. I don't know why I don't have a strong sense of "country," or even a modicum of patriotism. I consider myself blessed to have been born here to a life of relative privilege and am grateful for how my parents brought me up, but I don't think of America as the greatest country on earth nor am I grateful for my country in the abstract.  The older I get, the less inclined I am to feeling proud of being American, given that I can sometimes only summon up the observation that we (so far) can go to the polls and vote and not get shot. Lately I'm just sort of overwhelmed by what's going on with the gun control clusterf*^k, the Drumpf thing, the fact that each summer gets hotter (it was 108 degrees in my driveway yesterday) yet people I know are climate change deniers, that the treatment for infantile spasms is roughly the same in 2016 as it was in 1995 yet millions of dollars have been spent for research, and that I don't have anything in particular for Sophie to do this summer, the 22nd of her life.

Let's talk about that last thing first. The LAUSD messed up as per usual and didn't assign an aide who knows Sophie to accompany her to summer school. When I made a modest stink about it during the last week of school, I got the runaround with the usual requests for me to speak to Downtown. For those of you living in the hinterlands, Downtown is where The LAUSD headquarters are, and I imagine it to be a box similar to the one in Oz where one ridiculous man stands behind a curtain and fiddles with a bunch of knobs. I did attempt to reach Downtown but never got a call back, and repeated requests for Sophie's school's Special Education Office to help me only resulted in the advice to call Downtown or to accept the fact that we are not required to supply an aide that knows Sophie.

Today I got a notice in the mail letting me know that if Sophie doesn't show up at her assigned Summer School Location next Monday, she will be withdrawn from the system.

I realize that asking for the obvious from The Man Behind the Curtain was a fool's errand. Yes, I could have packed a proverbial pistol and fought The Man with my silver tongue, but I'm plumb sick of fighting for mediocrity. Sophie's home this summer, and you should know that for young adults like her with severe developmental disabilities, there are few programs and not much to do. I'm not saying or even thinking that we're somehow entitled to programs. I'm just stating the facts. This is what life for the severely developmentally disabled young adult looks like in Amerika. The programs that do exist are often very expensive. I did sign Sophie up for one day a week of what looks to be a terrific summer camp, but the daily rate is about a million dollars, so I'm going to have to get creative for the rest of week. Saint Mirtha will be coming to help entertain and take care of Sophie, and damn, I'm grateful to have the means to pay her.  I'm grateful for everything I have because I know that many people don't have even a third of what I do, yet they keep on keeping on. We'll keep on keeping on, too. That picture up there is Sophie trying out the swing in the gym where the camp is going to be.

I started this tedious post by kvetching about moving from the country, how not a day goes by that I don't have some sort of fantasy of packing it all in and heading to Costa Rica or an adapted watchtower in one of the Canadian national parks or a hut somewhere in Mexico. I'll bring one pair of jeans, one bathing suit, a couple of black tee-shirts, a few bare dresses and maybe some panties and a bra but not much else. Does anyone want to join me?
Posted by Elizabeth at 9:04 PM