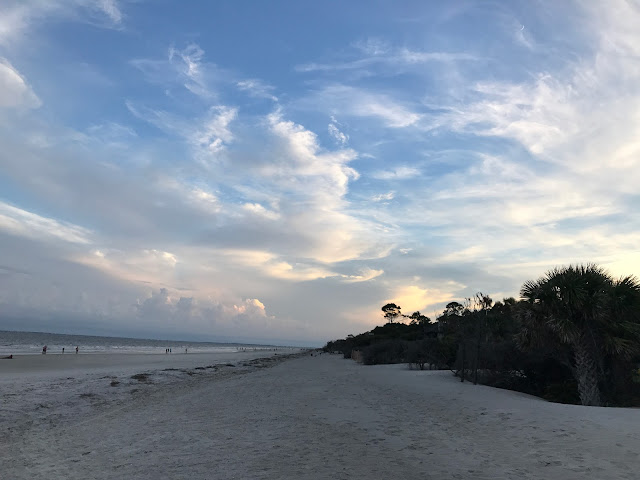 I don't even know where to start! If what happened last night hadn't happened, I'd probably have titled this post Hilton Hell Family "Vacation" instead of the more prosaic Hilton Head Family Vacation. Because of last night's vote by the Senate to NOT repeal the Affordable Care Act, and because I only found out about it this morning when I woke up in Los Angeles, (much to my shock because when I went to bed it looked like it was going to be the opposite, and I did go to bed filled with anxiety and dread, much like I've gone to bed for the last six months), I would have had a harder time getting on the old blog not sounding bitter and angry. As long-time readers of the old blog know, there is some pretty hard-core partisanship in my immediate family, and things can get very testy. I have a mother who is half Syrian and a father who is full Italian. Let's just say that the three daughters are opinionated, our progeny vocal and we're all -- well -- passionate.

Long-time readers of the old blog know that every year my extended family meets for a week or so at my parents' home on Hilton Head Island. We've been doing this for over eighteen years, and the kids adore the experience. My experience is, let's say, less joyful, but that's because for the first decade or so I brought Sophie along and have a bit of PTSD, I think (if I were an atheist, I would have become one during "vacation" on Hilton Head Island with Sophie), as well as this aching feeling that she will never truly be a part of these kids' lives or memories. That's a big, complicated feeling that those of you in similar circumstances will probably understand better than those of you who might have the fleeting (and somewhat accurate) thought that I need some gratitude or awareness of my privilege or -- well -- whatever.

It was also Henry's 19th birthday, so we celebrated by going to a Mexican restaurant. 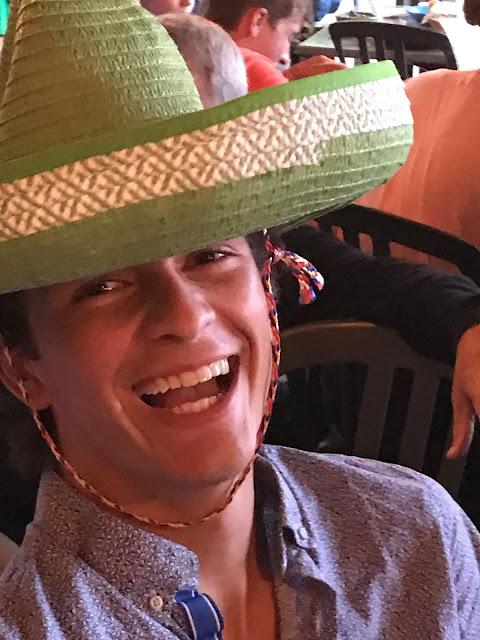 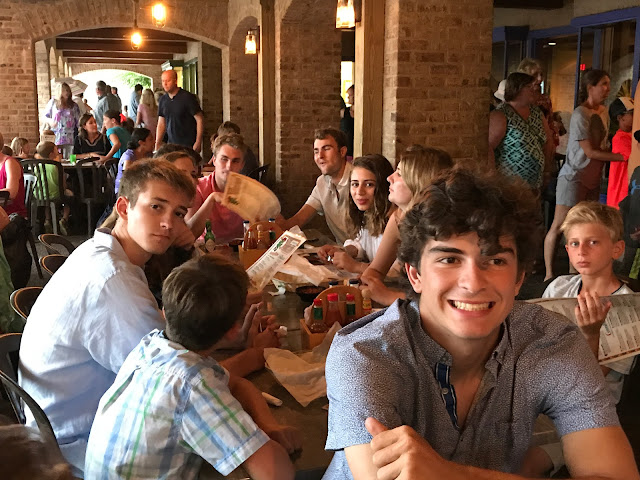 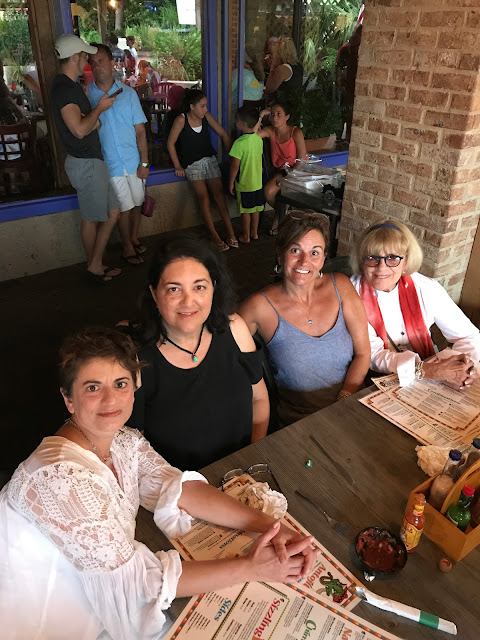 I won't show you the picture that my brother-in-law took of the my sistahs and I shooting birds into the camera. As Mary said when I showed her, I'd party with ya'll.

Speaking of Mary, I hope you wish her a happy birthday because today's her birthday and I love her to pieces.

I arrived back on the left coast and walked down the baggage claim and out into the not-humid Los Angeles air and to my love. 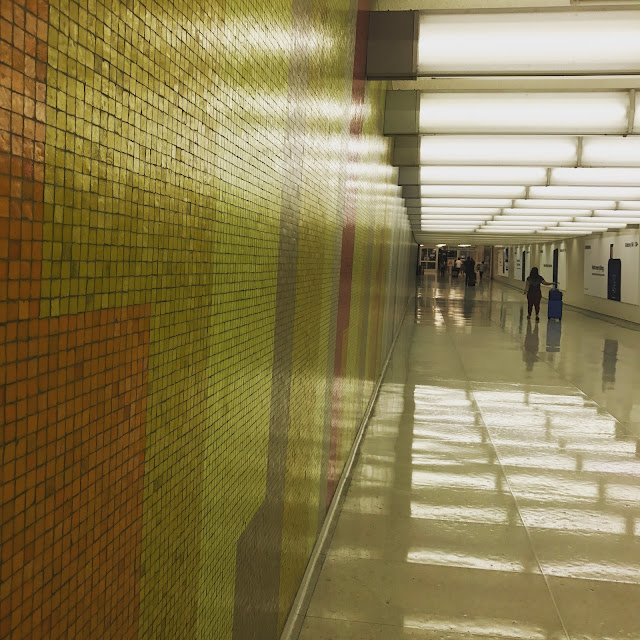 Waking up this morning to the good news -- well -- it was awesome. I know we'll still have to fight, but I'm ready and willing. The relief that I don't have to worry that Sophie's health insurance will be ripped away or her access to MediCal messed with, at least for now, is indescribable.  The Turtle put his head back in the shell, 45 is still tweeting insanities, and we've got a dude in charge of 45's communication who seems like he stepped out of the show Entourage. There's a lot going on, right?

Posted by Elizabeth at 7:06 PM